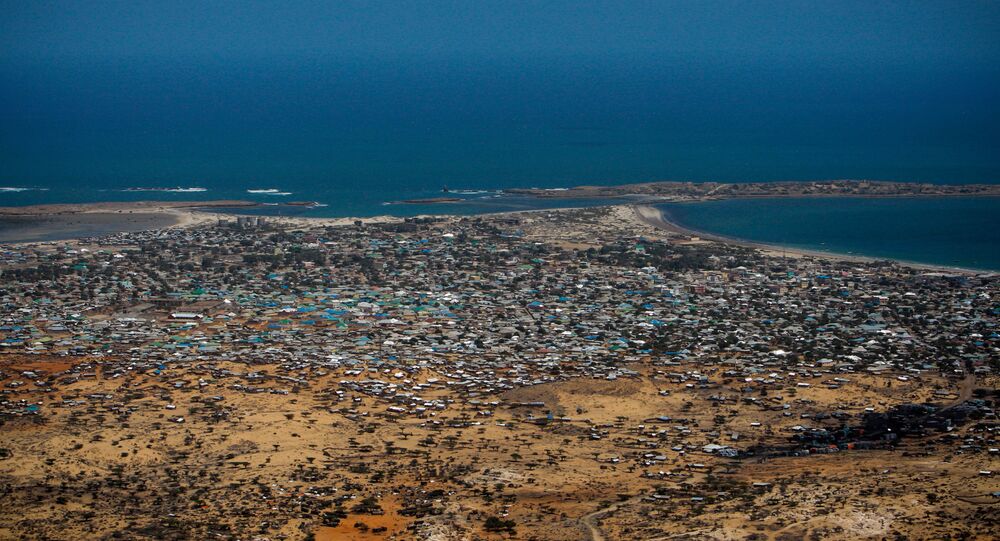 MOSCOW (Sputnik) - An attack by the Al-Shabaab radical group on a military base in the Goofgudud Burey town of Somalia's southwestern Bay region has left at least eight people killed, local media reported on Monday, citing officials.

According to the Somali Guardian news outlet, insurgents rammed an explosives-laden vehicle into the gate of the Goofgudud Burey military base and then stormed the base on Monday morning.

Following approximately an hour of fighting inside, insurgents reportedly took control of the base and its weapon warehouse while the government forces fled.

Among the eight casualties that resulted from the clash were soldiers and local officials, including local district commissioner Isak Ali and police commander Hassan Baka.

Citing local military officials, the news outlet said the government forces regained control of the base in the afternoon.

On Sunday, an attack on a hotel in Somalia's capital of Mogadishu left over ten people, including government officials, killed and more than 30 inured. The attack was carried out by gunmen believed to be Al-Shabaab members, local media reported.

Somalia has been engulfed in violence since the eruption of a civil war between clan-based armed groups in the early 1990s. The situation has been further complicated by Al-Shabaab militants, linked to the al-Qaeda* terror group, who are staging numerous attacks across the country in an attempt to impose a radical version of Sharia law in the country.