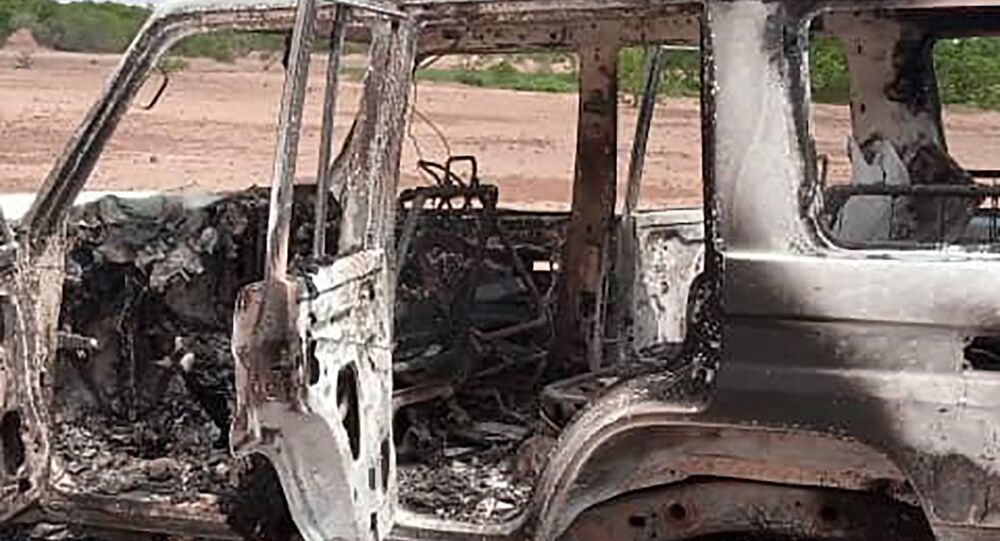 The attack took place at the Koure reserve, which is famous for hosting rare white giraffes, in the Kollo Department of Niger's Tillabéri Region, local media reported.

On 9 August, eight people, six French tourists and two Nigerien nationals, a driver and a guide, were killed by unidentified gunmen, the aNiamey news outlet said.

The gunmen arrived on motorcycles, killed the tourists and their guides, set the vehicles of the victims on fire, and left towards the border with Burkina Faso, the report said.

According to aNiamey, the attack occurred some fifty kilometres south-east of Niamey, the Nigerien capital, with security forces immediately launching an operation to find the assailants.

In January, at least 89 soldiers lost their lives as the result of an attack on a military post in Chinegodar in the same region. The Daesh* terrorist group has claimed responsibility for the attack.