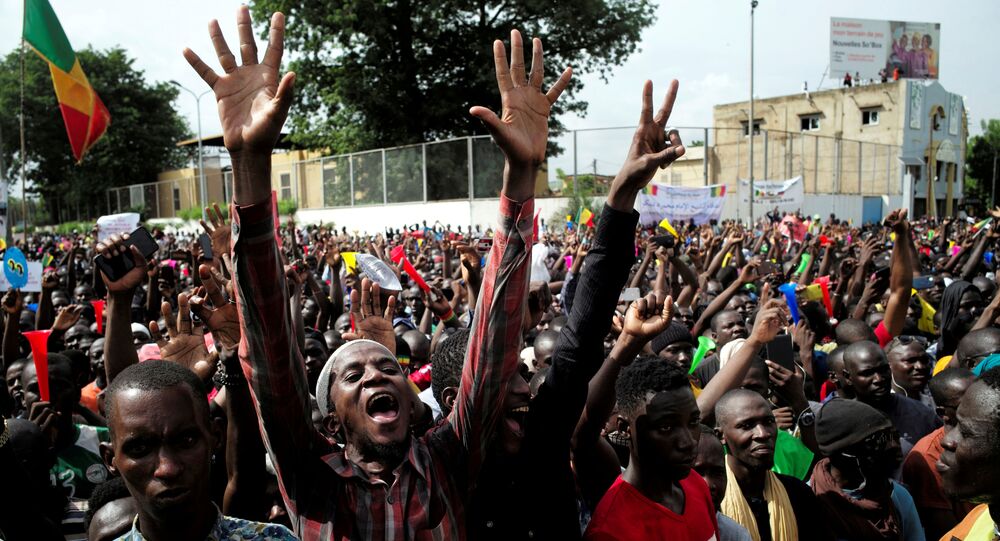 At Least One Dead, 25 Injured During Protests in Malian Capital – Report

MOSCOW (Sputnik) – At least one person has been killed and 25 people injured during anti-government protests in the Malian capital of Bamako, Malian media reported.

Six people are in a critical condition, the report added.

The anti-government rallies, organized by the Movement of 5 June, have been underway for weeks over escalating jihadist and inter-communal violence, as well as controversial spring legislative elections. On Thursday, President Ibrahim Boubacar Keita promised that the country’s constitutional court would be reorganized in response to growing protests calling for his resignation.

The situation in Mali was destabilized in 2012 when the Tuareg militants seized vast territories in the northern part of the country. The conflict escalated even more over the activities of Islamists, forces loyal to former Libyan leader Muammar Gaddafi as well as French interference.