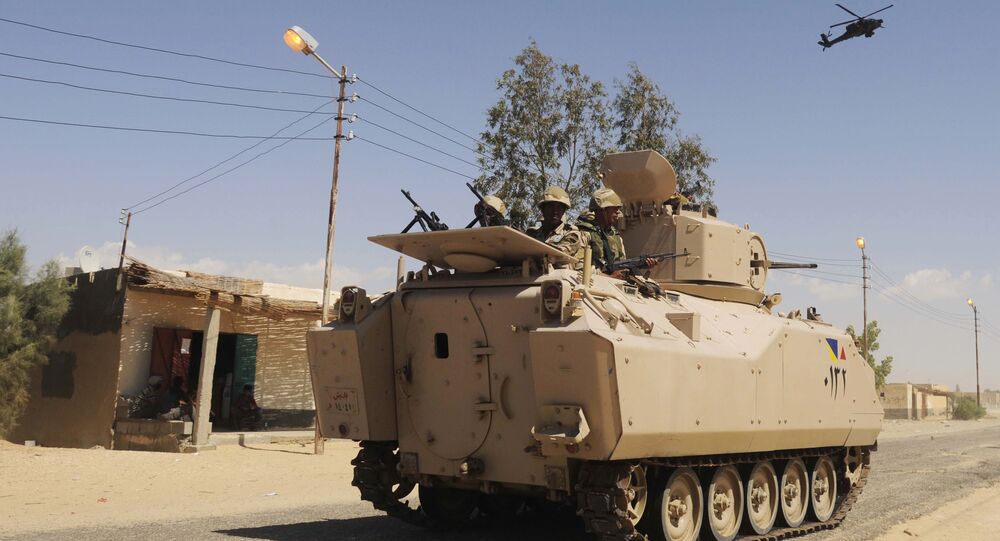 QABR GABIS (Sputnik) - Egyptian armed forces conducted an exercise near Libya's border on Thursday, including training for the Air Force to face mercenaries of irregular armies and target their hotbeds, a military spokesman said in a statement.

"The armed forces are conducting an exercise in the western strategic region", Egypt's military spokesman said.

The drills, codenamed Resolve 2020, took place in the northwestern district of Qabr Gabis, some 37 miles away from the Libyan border.

According to media reports, several helicopters have raided and destroyed a hideout housing a number of mercenaries as part of the exercise, with artillery and tanks firing live ammunition.

Egyptian President Abdel Fattah Sisi told the government in Tripoli last month that sending Turkey-backed troops to seize the port city of Sirte from eastern-based militia would be a "red line" and could lead to a military intervention by Egyptian forces.

Libya has been mired in a deadly nine-year, foreign-backed civil war since the assassination of long-time leader Muammar Gaddafi by rebels backed by NATO air power in 2011. Currently, much of the country is divided between two centres of power — an elected parliament in the country's east supported by the Libyan National Army of Khalifa Haftar, and the UN-backed Government of National Accord in the west, headed by Fayez Sarraj.