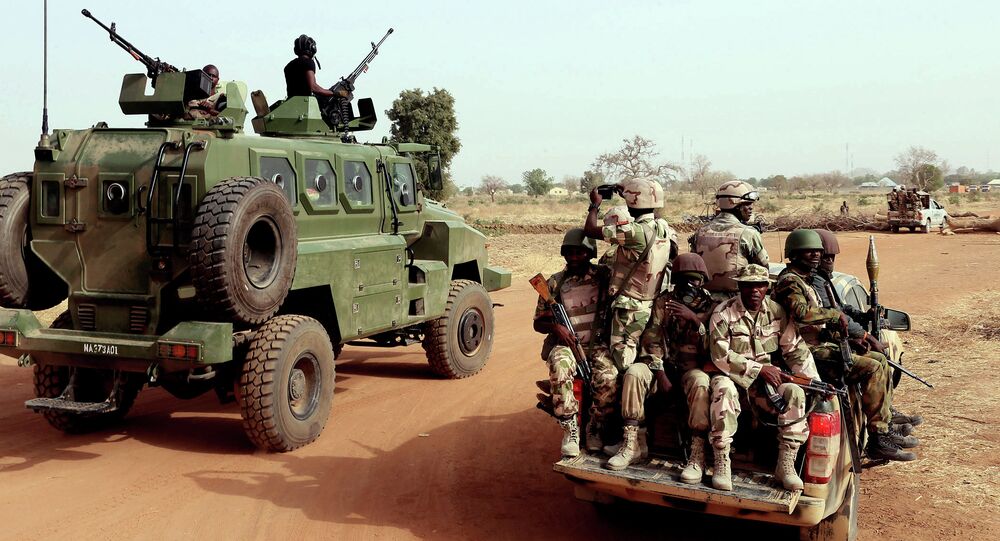 MOSCOW (Sputnik) - At least 20 soldiers have been killed and a few injured as insurgents ambushed an army convoy in northeastern Nigeria, Daily Trust newspaper reported on Wednesday, citing its sources.

According to the news outlet, the surprise attack, allegedly carried out by the Boko Haram Islamist group, took place on a highway 30 kilometres away from the town of Damboa in the Borno state on Tuesday.

“It was so sad, our troops went on clearing operations on the way back to Damboa at 30 kilometers away, the terrorists laid an ambushed and shots from every angle. We lost more than a dozen soldiers. The corpses of the soldiers have been evacuated to Maiduguri as well as those who sustained injures. They are currently receiving treatment in the military facility”, a security source said, as quoted by Daily Trust.

However, Defence Media Operations Coordinator Major-General John Enenche was quoted as saying that only two troops died, while four were wounded in the gunfight, adding that the Army outflanked and engaged the militants with an overwhelming volume of firepower, forcing them to withdraw in disarray.

The government forces "neutrilized" 17 members of the terrorist group during the encounter, the newspaper reported, citing military officials.

In 2009, Boko Haram launched an armed insurrection against the Nigerian government to introduce sharia law throughout the country. In 2015, one of its factions aligned itself with the Daesh* terrorist group.