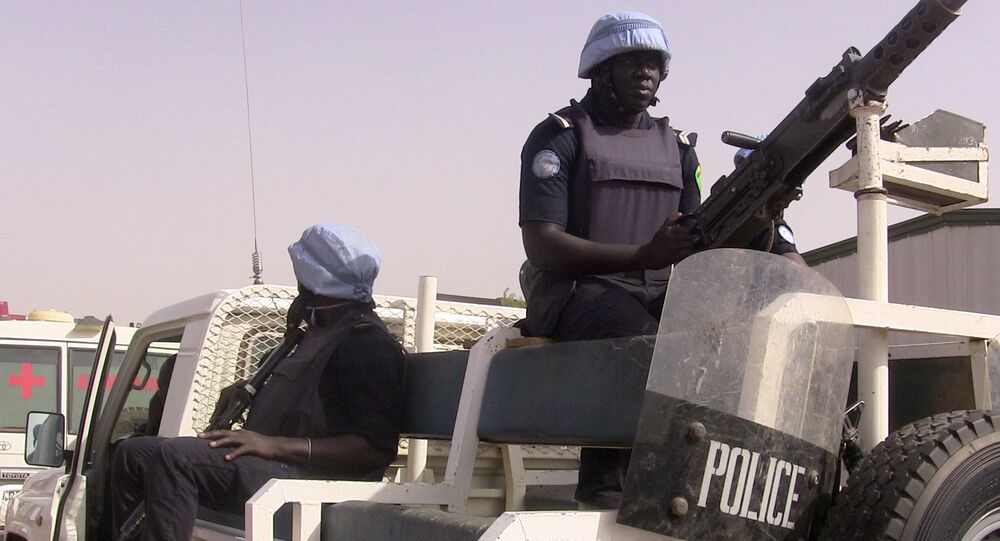 UN peacekeepers are operating in Mali under the United Nations Multidimensional Integrated Stabilisation Mission in Mali (MINUSMA), created by Security Council Resolution 2100 of 25 April 2013 to support political processes in the African country and carry out a number of security-related tasks.

Three UN peacekeepers were killed on 10 May and three wounded when their convoy hit a roadside bomb in northern Mali, Olivier Salgado, the spokesman for the UN peacekeeping mission in Mali, said in a statement.

According to the statement, the peacekeepers were on a routine patrol in Aguelhok commune.

"We will combine all efforts to identify and apprehend those responsible for these terrorist acts so that they can answer for their crimes", Mahamat Saleh Annadif, UN mission chief in Mali, said in a statement.

© AFP 2020 / HABIBOU KOUYATE
Twenty Soldiers Killed in Attack on Army in Mali - Government
On 25 January 2019, two peacekeepers of the UN Multidimensional Integrated Stabilisation Mission in Mali (MINUSMA) were killed and several others injured after a vehicle belonging to the mission hit a landmine and exploded.

The situation in Mali was destabilised in 2012 when Tuareg militants seized vast territories in the northern part of the country. The conflict escalated even more due to the activities of terrorists and forces loyal to former Libyan leader Muammar Gaddafi, as well as French interference.

The tensions have significantly de-escalated since then; however, sporadic clashes still occur.