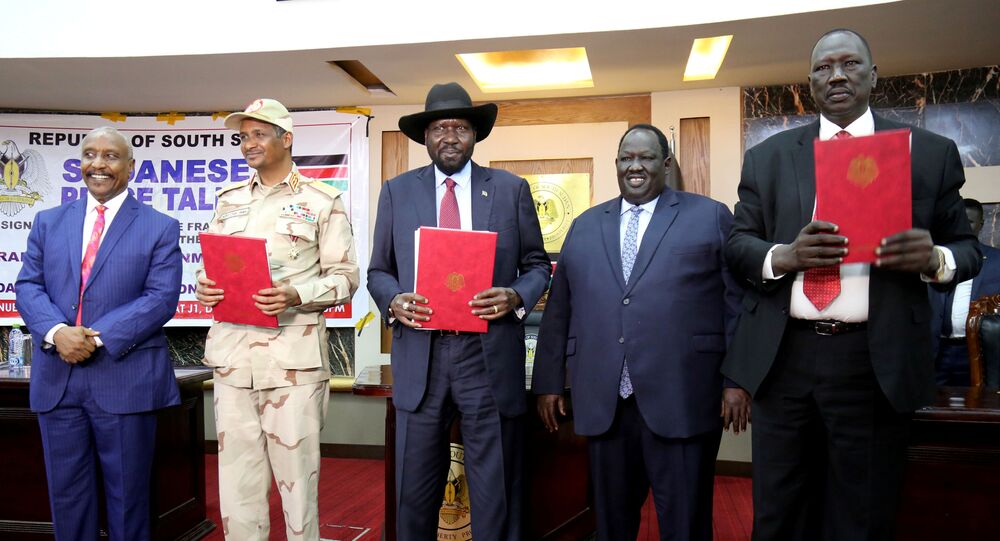 The agreement between Khartoum's delegation, headed by General Mohammed Hamdan Dagalo, and the Sudan People's Liberation Movement-North (SPLM-N), has been signed in Juba, South Sudan's capital.

The deal provides special status for the two Sudanese states of South Kordofan and Blue Nile. According to deputy head of the SPLM-N Yasir Said Arman, the states will be allowed to adopt their own laws.

He also said that the deal purports to resolve a long-standing dispute over land and to unify all parties involved in the conflict.

"After this signing we are going to finalise the full agreement and the SPLM-North will be part of the new system in Khartoum", he added.

On his part, Mohammed Hamdan Dagalo has stated that the Sudanese government is committed to the peace process.

"The government of Sudan is more willing than before to reach a peaceful settlement in Sudan", Dagalo added.