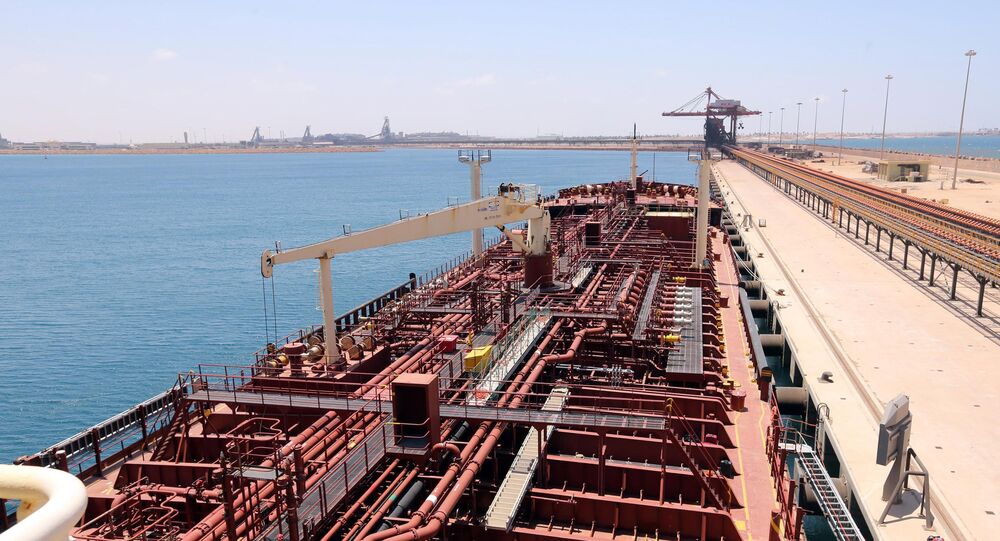 Earlier, the Libyan National Army warned marine traffic about using the ports of Misrata and Khoms, but the UN-backed Libyan government said that the cities were under their control and vessels could enter the ports unimpeded.

The navy forces of the Libyan National Army under the command of marshall Khalifa Haftar have detained an Italian ship heading to the city of Misrata, which is under the control of the UN-approved Libyan government, a navy official said on Sunday.

"An LNA vessel has forced the Italian ship to change its route and travel to Benghazi in accordance with the ban on entering the ports of Misrata and Khoms. The crew of the ship is currently under questioning, while the ship is searched", the navy representative Ali as-Sabit said.

As-Sabit added that the Italian ship is a commercial vessel. According to the official, the LNA will release the ship after it unloads its cargo in Benghazi, provided that the army finds nothing suspicious or illegal on board.

© AFP 2019 / MAHMUD TURKIA
Libyan GNA, LNA Accuse Each Other of Ceasefire Violations, No Official Statements Yet

The detention of the vessel comes hours after the two opposing governments in Libya struck a ceasefire deal that began at midnight. However, the Government of National Accord accused the Libyan Armed Forces of almost immediately violating the ceasefires in the Salah ad-Din and Wadi ar-Rabiya districts of Tripoli.