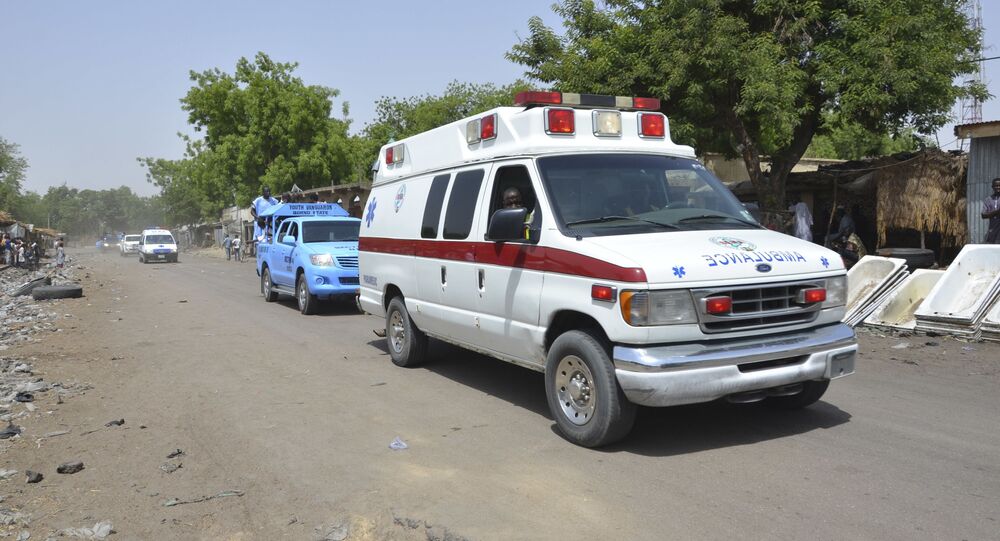 MOSCOW (Sputnik) – An explosion occurred in a market on a bridge in Nigeria, killing multiple people and injuring dozens of others, media reported.

The blast occurred on Monday afternoon on the El Beid bridge, on the border with Cameroon, according to The Punch, a Nigerian daily newspaper.

An army officer told the newspaper on Monday that nine Nigerians were killed by the explosion and 36 people, both Nigerians and Cameroonians, were injured.

Meanwhile, BNO News reported on Monday that at least 30 people were killed by the explosion and over 35 others were injured.

According to BNO News, Boko Haram, a militant group that has pledged allegiance to the Daesh* terrorist organization could be behind the attack.

The El Beid bridge links the Nigerian town of Gambaru (Gamboru) with the town of Fotokol in Cameroon.