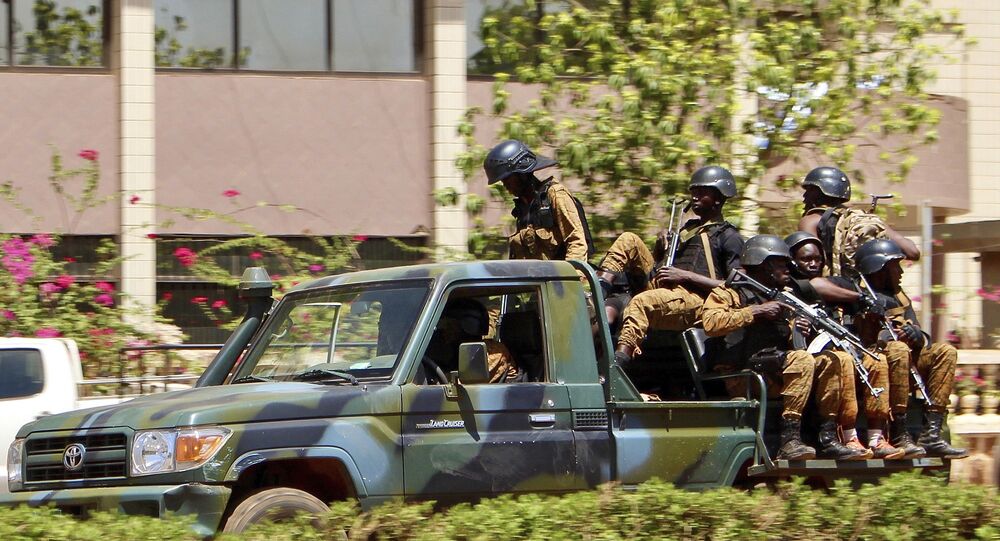 On Thursday, media reported that 11 servicemen were killed in an attack in Burkina Faso’s northern province of Soum just a day after another deadly incident took place in the same region. On Tuesday, at least 35 civilians and seven servicemen died in a terrorist attack in the province. The government's forces managed to fend off the attackers, killing approximately 80 terrorists. The president of Burkina Faso, Roch Marc Christian Kabore, has declared 48-hour mourning following the incident.

UN Secretary-General Antonio Guterres, the Russian and French foreign ministries have already condemned the attacks and wished a quick recovery to all those injured.

The northern part of Burkina Faso has been suffering from activities of Islamist groups linked to al-Qaeda* and Daesh terrorist organizations since 2016.

At Least 37 Civilians Killed, 60 Injured in Attack on Canadian Mine Convoy in Burkina Faso