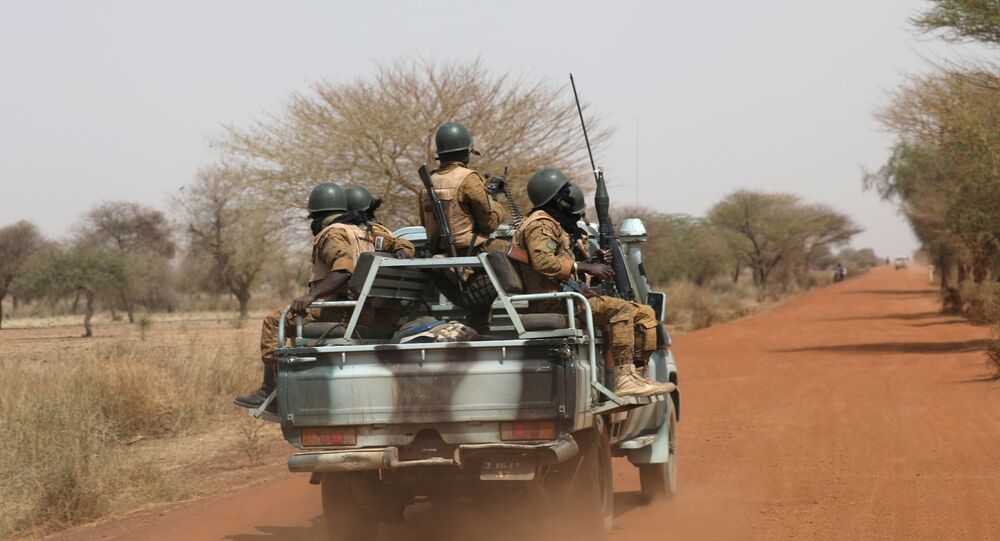 The small West African nation has been fighting Islamist groups linked to al-Qaeda* and Daesh* terrorist organizations since 2016.

On Wednesday, about a dozen Burkinabe servicemen were killed in the northern part of the country, AFP reported citing local security forces.

According to the sources, a military patrol was ambushed in Hallele in Burkina Faso's Soum province and "around a dozen soldiers were killed" as a result of the attack.

On Tuesday, the nation's President Roch Marc Christian Kaboré had declared two days of national mourning for the victims of the previous attack.

On Tuesday, at least 35 civilians, mainly women, and seven soldiers were killed in a terrorist attack in the same province. President Roch Marc said on Tuesday that 80 militants were eliminated after the deadly incident.