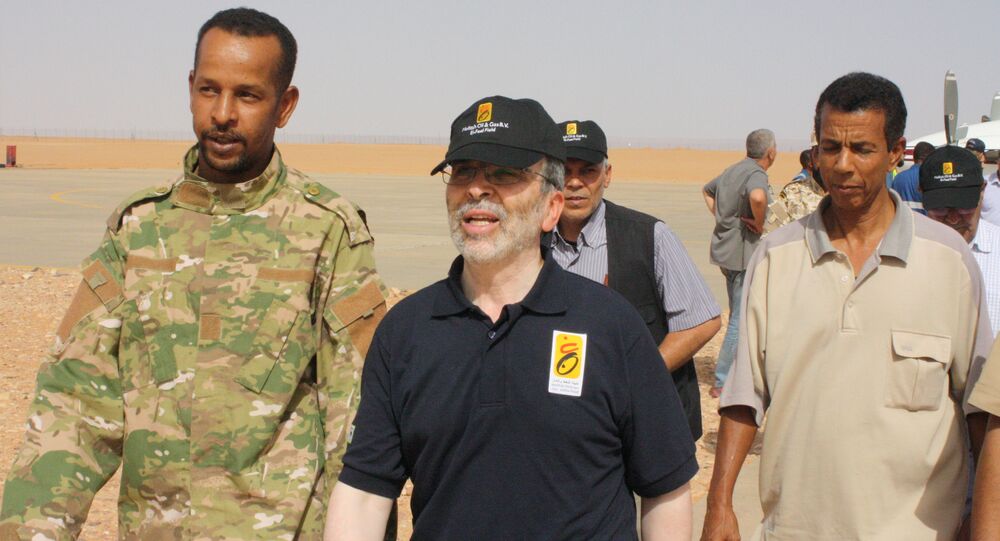 MOSCOW (Sputnik) – The Libyan National Oil Corporation (NOC) said on Wednesday that El Feel oil field in the country's southwest had been closed due to nearby fighting.

"Oil production at the El Feel field has been suspended over the ongoing hostilities in the area", NOC said in a statement.

According to NOC Chairman Mustafa Sanalla, the entrance to the oil facility and a residential building for employees had been hit by airstrikes.

1/3 #NOC has shut production at the #El-Feel oil field due to ongoing military activity in the area. pic.twitter.com/hPgzMLFsaS

The company added that oil production would continue at El Feel only when the hostilities came to an end and the troops were withdrawn from the area.

Libya has been in turmoil since 2011 after its former leader Muammar Qadafi was toppled and killed and the civil war broke out in the country. Now, Libya is torn by two competing governments. The country's eastern part is controlled by the secular forces represented by the Libyan National Army, led by Khalifa Haftar. And its western part is governed by the UN-backed Government of National Accord, established in 2015.

The sides have been engaged in an open military confrontation since April when Haftar launched the offensive on Tripoli in a bid to drive out of the city what the former referred to as terrorist forces. In response, armed forces loyal to the Tripoli-based GNA kicked off a military op to counter the LNAefforts.