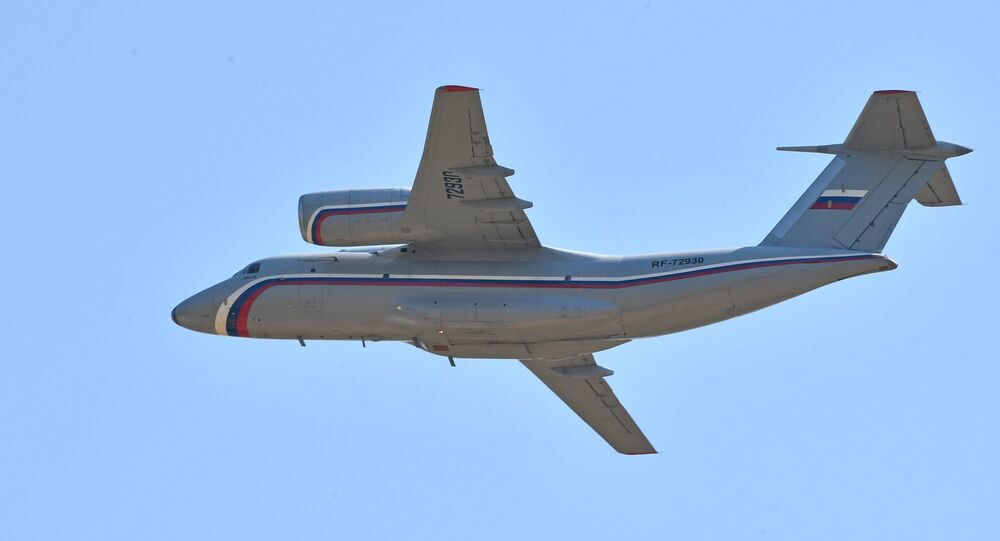 An Antonov An-72 cargo plane with eight people on board disappeared Thursday afternoon in the Democratic Republic of the Congo (DRC), an hour after taking off from Goma, according to news portal Actualite.CD.

The aircraft, operated by the Air Force and involved in logistics operations for the Presidency of the Democratic Republic of Congo, crashed in a forest in the east of the country on Thursday.

According to government sources, cited by Reuters, members of presidential staff, inclduing President Felix Tshisekedi's driver and a logistics manager, were on board of the plane.

The Russian Embassy in DRC has been checking the information about Russians who were supposedly on board of the plane.

The An-72 cargo aircraft departed from Goma at 1:32 p.m. GMT bound for the capital, Kinshasa, where it should have landed at 4:43 p.m. Thursday, according to a statement from the Civil Aviation Authority.

Since the plane stopped communicating with the control center, 59 minutes after takeoff, "requests issued to all stations on its route have not provided information about its location".