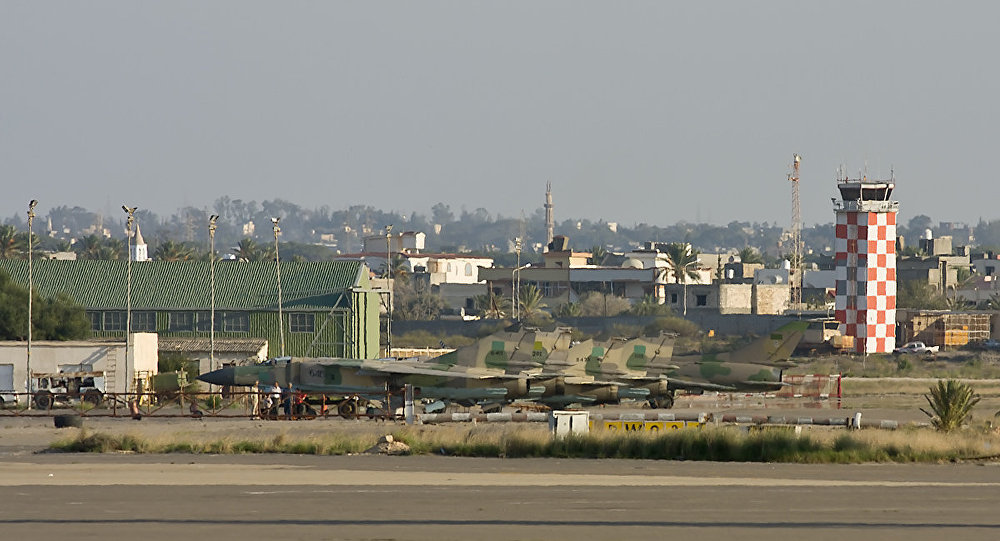 The airport, the only one still functioning in Tripoli, has already endured airstrikes in the past that forced it to close to all air traffic, but was recently restored at the beginning of July.

Tripoli's Mitiga International Airport has closed for incoming and outgoing air traffic after being hit by air strikes, the airport reported on its Facebook page. No further details have been given so far.

Libya's capital Tripoli, which is controlled by the Government of National Accord (GNA), has been under attack by the forces of Libyan National Army (LNA) commanded by Khalifa Haftar since April. Haftar announced that the LNA would clear the city of GNA forces, which he described as "terrorists".

As a result of strikes carried by LNA forces, Mitiga Airport has been forced to close on several occasions. The last time it closed was after an attack on 7 July, but resumed operations the following day after the debris was cleared.

Libya has been engulfed in an armed conflict between opposing political forces since Western-backed militants murdered the country's former leader, Muammar Gaddafi, in 2011. The GNA, established by the international community with its capital in Tripoli, enjoys the support of the UN and controls the western part of the country. But its authority is disputed by the LNA, led by Haftar, who is loyal to the elected legislative body in Tobruk and controls the country's east.