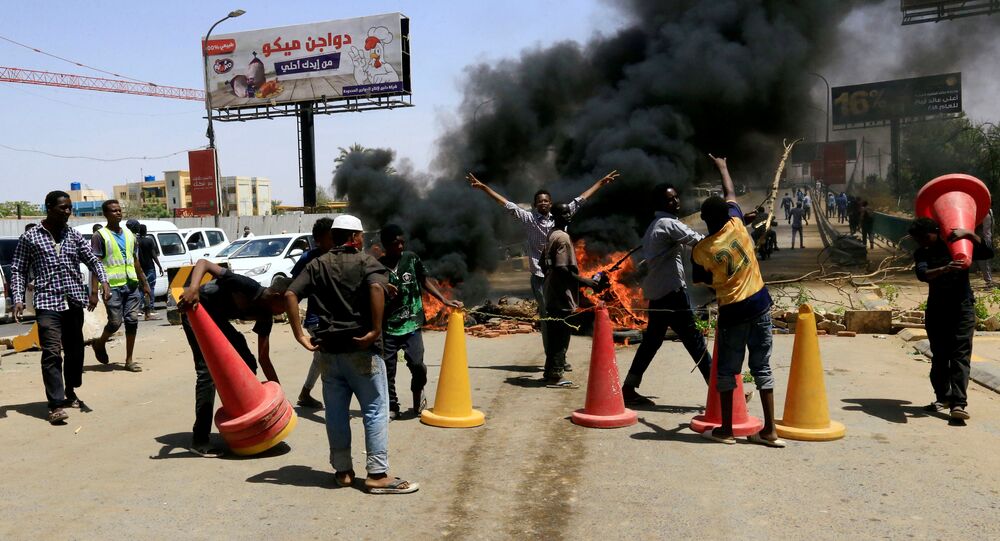 Clashes during a sit-in outside the military headquarters in Khartoum have led to at least six deaths, after gunmen wearing Rapid Support Forces uniforms opened fire on protesters, who gathered to pressure the governing Transitional Military Council (TMC) into ceding power to a civilian government, the Sudan Tribune reported.

Sudanese military police on Wednesday beat up a Sputnik correspondent, Mohamad Al Fatih, when he was reporting from the streets of Sudan's capital of Khartoum.

"On Wednesday, at 2:30 p.m. [local time, 12:30 GMT], when I was reporting on the situation in Khartoum, in the centre of the Mek Nimr Bridge, the military police of the emergency units beat me in the head and torso with batons", the correspondent said.

The police were dismantling barricades on the bridge, the correspondent said.

"One of the soldiers took my mobile phone, threw it on the ground and broke it… while another group of five military personnel hit my head and torso with batons even though I told them I was a journalist and reporting on the situation at the request of the newsdesk", Fatih said.

Sudan has experienced months of anti-government protests, which culminated in a military coup on 11 April. The governing Sudanese Transitional Military Council (TMC) came to power and pledged to hold a new election within two years. President Omar Bashir, who had been in power for 30 years, was overthrown and then imprisoned. However, the protests continued.