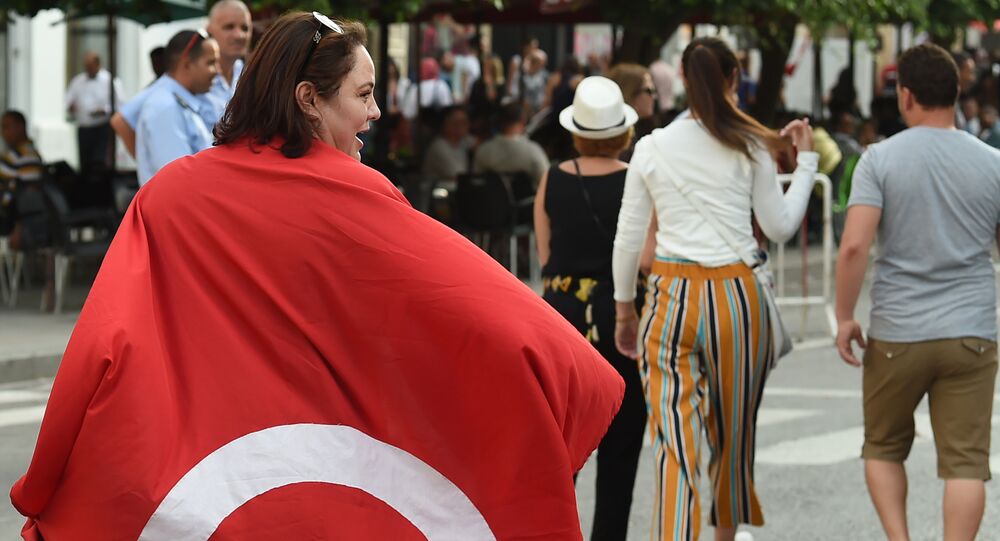 'A Form of Madness': Tunisian Women Reportedly Call for Legalisation of Polygamy

Several Tunisian activists speculated that the pro-polygamy protests could be an attempt to distort the image of the Ennahda Movement, a Muslim democratic political party, ahead of the upcoming elections in the country.

With polygamy outlawed in Tunisia, a group of local women took to social media to call for a protest to be held in front of the country's parliament to demand its legalisation, the Middle East Monitor (MEMO) reports.

© AP Photo / Tsafrir Abayov
'Problem of Ego and Ignorance': Israel to Crackdown on Bedouin Polygamy – Report
According to the press monitoring organisation, the development was announced by Fathi Al-Zghal, president of the Forum of Freedom and Citizenship, who said “the demonstration is spontaneous and comes within the framework of advocacy to solve the problem of spinsterhood in the country”.

As MEMO points out, a number of activists believe that “the call for polygamy” is actually a political stunt aimed at “distorting the image” of the Ennahda Movement, a Muslim democratic party, ahead of the upcoming elections.

Radhia Djerbi, head of the National Union of Tunisian Women, also reportedly told Al-Khaleej Online that the pro-polygamy rallies are “a form of madness, a pathological phenomenon”, which “indicates a lack of awareness of those who demand it”.

She also stressed that the protests “will not affect the lifestyle of Tunisian society or the achievements of Tunisian women”, pointing out that the articles of the Personal Status Code dealing with polygamy were approved by the Tunisian Constitution and “cannot be amended through protest”.