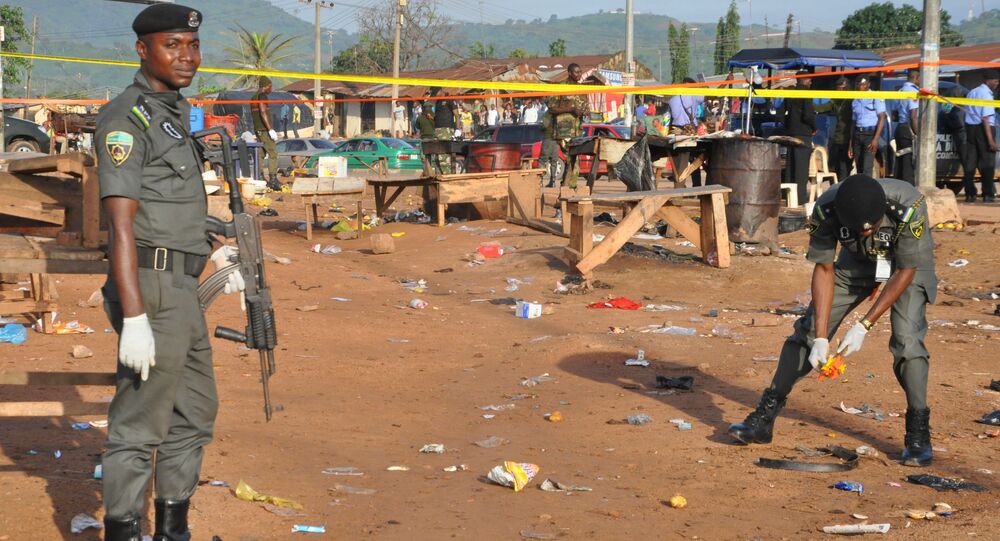 At Least 17 Killed in Attack on Nigerian Village - Reports

The attackers came to the village late on Sunday and started attacking local villagers, News Agency of Nigeria (NAN) reported, quoting the spokesperson of Zamfara police Mohammed Shehu as saying.

In response to the incident, the police command, in collaboration with the military and other security personnel, sent additional units of operatives to the area. The units are comprised of mobile police and counter-terrorism forces, and seek to restore order and security in the area.

READ MORE: Man Dies On Top of His Partner During Sex Marathon in Nigeria — Reports

The agency further reported that efforts to arrest the criminals and bring them to justice are ongoing.

© AP Photo / Olamikan Gbemiga
Over 50 People Killed in Communal Clashes in Nigeria – Reports
The crime scene was visited by high-ranked officials, including the state governor, the commissioner of Zamfara police, and heads of other security agencies.

According to Global Terrorism Index 2018, Nigeria is ranked third, after Iraq and Afghanistan, as the country most severely affected by terrorism. More than 1,500 people were killed in terrorist attacks in the country in 2017, with over 850 people injured. Since 2001, more than 20,000 people died from terrorism in Nigeria.