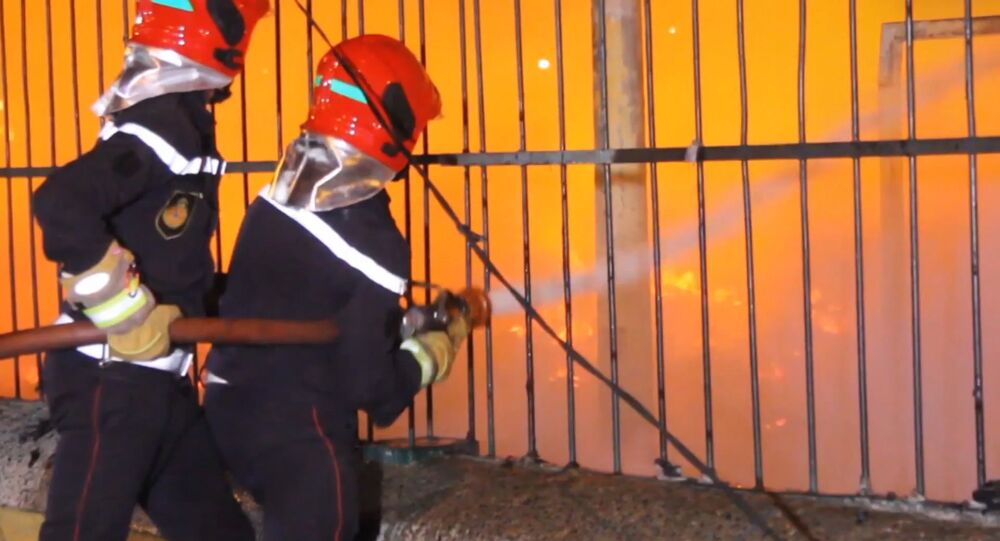 Earlier, Moroccan Foreign Minister Nasser Bourita said that Rabat rejects Brussels’ plan to build asylum centres in North Africa. At the moment, most migrants reportedly live in a makeshift camp on a soccer field near a busy bus station in the city of Casablanca.

A massive fire ripped through a migrant camp near the Moroccan city of Casablanca, destroying tents and the belongings of several migrants, according to Morocco's Yabiladi news outlet.

"The Oulad Ziane camp caught fire quickly and people were running for their lives", Yabiladi quoted an eyewitness as saying. The eyewitness described the fire as "the largest blaze" that has taken place in the camp over the past few months.

The fire, which reportedly broke out after a gas explosion, was eventually put out by firefighters. There was no immediate word on casualties.

Morocco, a major source of migrants looking to enter Europe, also remains a host of other African migrants fleeing poverty.

Currently, most of the migrants live in a makeshift camp on a soccer field near a busy Casablanca bus station.

The AP news agency reported that the Oulad Ziane camp is notoriously known its dire living conditions, including scant food, poor sanitation and exposure to the cold.