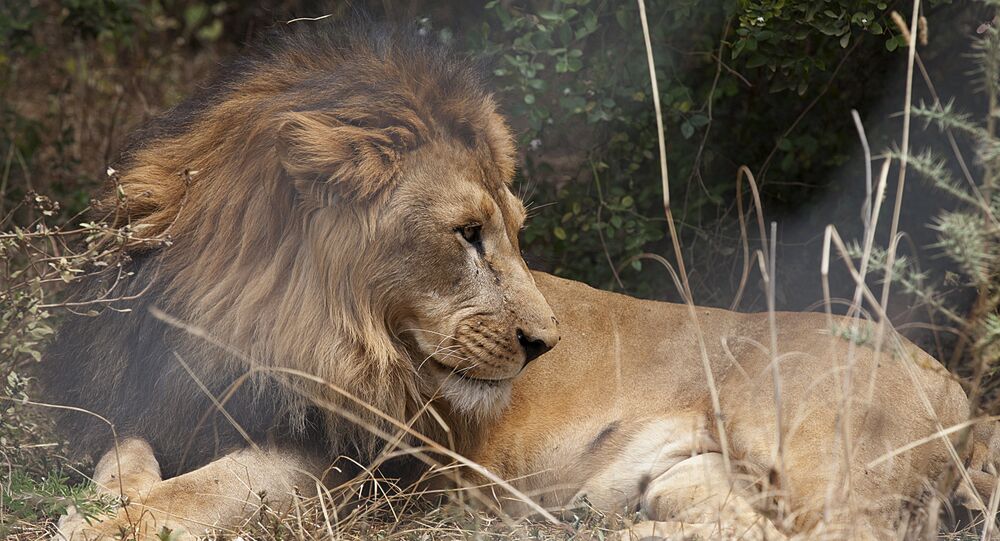 A committee of South African lawmakers responsible for overseeing environmental affairs has recommended Cape Town end the breeding of lions for trophy hunting and trading of their bones.

Trophy hunting is a $36 million-a-year industry, but it's "doing serious damage to brand South Africa," environment committee chief Phillemon Mapulane told AFP. That's why a group of MPs recommended on November 15 that parliament reconsider the rules governing the breeding of captive lions for hunting and trading purposes "with a view to putting an end to this practice."

International campaigns for banning captive lion hunts have been gaining steam in recent years, with the International Union for Conservation of Nature calling on South Africa to ban the practice in 2016.

While there are only 3,000 wild lions in South Africa, there are over 8,000 that have been bred in captivity. They're used for research and tourism, but also for hunting and the bone trade.

Kelly Marnewick, senior trade officer for the Wildlife in Trade Programme at Endangered Wildlife Trust, told the radio station she was "thrilled to see the report," calling it "definitely a really positive step forward."

Some parliamentarians protest that a ban could seriously hurt the country's 160 ranches and 300 breeding facilities. Tourists will pay up to $20,000 to hunt a big male lion and up to 1,000 might be shot in a given year, National Geographic noted, although a recent decision upped this quota to 1,500 males.

Pieter Potgieter, chairman of the South African Predator Association, told National Geographic in 2015, "For every captive-bred lion hunted, you're saving animals in the wild," noting that the end of captive hunts would increase demand for the sport hunting and poaching of wild lions.

Former environment minister Edna Molewa warned before his death earlier this year that changing the rules risked creating a situation in which "thousands of lions will have no value, and there will be no income," AFP noted.

© Flickr
Africa’s Most Famous Lion Killed for $50,000 by Trophy Hunters

Lion bones also find a rare but valuable market in Southeast Asia, where they are used to make jewelry and in folk medicines. In Vietnam, Laos, Thailand and China they are used as a cheaper substitute for tiger bones, being ground down, boiled and mixed with other ingredients such as herbs, goat bones or opium to make a "tiger bone" cake, NatGeo noted. With tiger numbers now below 3,000 in the wild, demand for lion bones will only increase. The skeleton of a single lion might net $70,000 worth of fake tiger bone cake, the publication notes.

However, since the last airline involved in transporting lion bones from South Africa to Southeast Asia, Singapore Airlines, ended that practice in September, it seems the tide for banning the hunts is higher than it's ever been.

Across Africa, lion numbers have declined drastically in the last century, from an estimated 200,000 in 1900 to less than 30,000 today, occupying tiny, isolated spots of the continent.

A Ride Away From the Pride: Lion Spotted Traveling in Car in Vladivostok