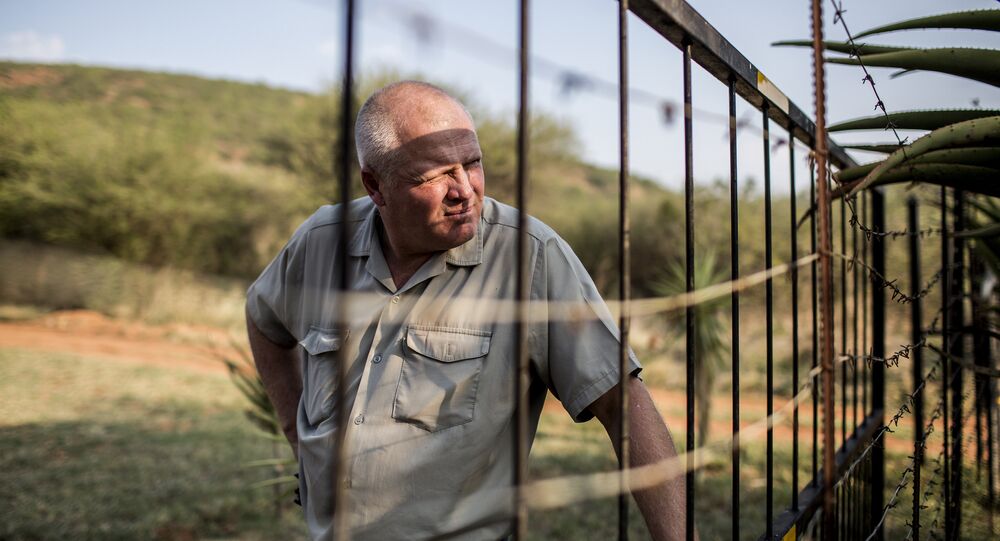 As South Africa’s authorities have decided to back “land expropriation without compensation” initiatives, the country’s white Boer and Afrikaner minorities are calling for help. While some farmers are struggling to keep their lots, others are considering moving abroad to nearby countries and even far-away places such as Russia.

The Du Toit family moved from France to South Africa in 1686. Now a descendant of the Huguenot dynasty, who also considers himself Afrikaner, is in Russia to help other fellow white minority members find a safe place to live.

Reverend Leon Francois Du Toit is a spiritual leader, who is well known in Cape Town and other South African cities. He arrived in Russia to tour regions where some Boer and Afrikaner families may eventually relocate, renting or buying land for their farms.

"We have pioneer spirit," says reverend Du Toit. "And I feel the same mentality in Russia. We would like to move further, make better use of opportunities that life is giving us, and I believe it is God's will to let us do so. The situation is South Africa is quite difficult. Russia helped Boer people in the past, and even today, upon arrival, we felt the support with South Africans being admitted into the country without visas. Such treatment is a privilege for us."

Cases of land expropriation — either sanctioned by the authorities or illegal ones — are already being reported in different regions of South Africa, and it seems that court orders are not an issue for those who have decided to occupy someone's property.

The sheriff just delivered @afriforum eviction notice to land grabbers on Dr Maserumule’s farm just outside Pretoria. The trespassers received the notice and threw the court order copies into the road. pic.twitter.com/qBAsvaRp6K

​Ian Cameron's tweets look like frontline status updates. The man is the head of community safety projects at AfriForum, a South African NGO protecting the rights of Boer and Afrikaner minorities.

​Even though the majority of Afrikaners are firm in their decision to stay in the country and protect their property, some are looking for safer places to live, such as nearby Zambia, or far-away Australia.

In July another delegation of South African farmers — the Schlebusch family — visited Southern Russia to look for a place to relocate. Before the visit, they sent a memorandum to their Russian friends, describing the hardships that Afrikaners are facing in today's Rainbow Country.

​Vladimir Poluboyarenko, an aide to the Stavropol region's ombudsman who invited the Schlebusches to the Stavropol region and now accompanies reverend Du Toit no his journey across Russia, told Sputnik that he already received a lot of feedback from Russian farmers offering their land for sale or for rent to Boers and Afrikaners.

"We have at least two investors in Stavropol Region, who are prepared to offer their lots for rent or for sale to Boers and Afrikaners," says Poluboyarenko. "And we are prepared to host at least 25-30 families in our region. I was also surprised when I got messages from people sending me business offers and presentations for Boers — and these came from the whole country, including the Far East."

© AFP 2021 / GIANLUIGI GUERCIA
South Africa's Ramaphosa Vows to Avoid Zimbabwe-Style Anarchy, Land Grabs Targeting White Farmers
According to Poluboyarenko, his initiative to help the Boers was a private one, but he received a lot of support from agricultural unions, farmers and other Russian individuals.

It's expected that besides attending meetings in the capital, during his stay, the South African religious leader will visit agricultural companies in neighboring Russian regions.