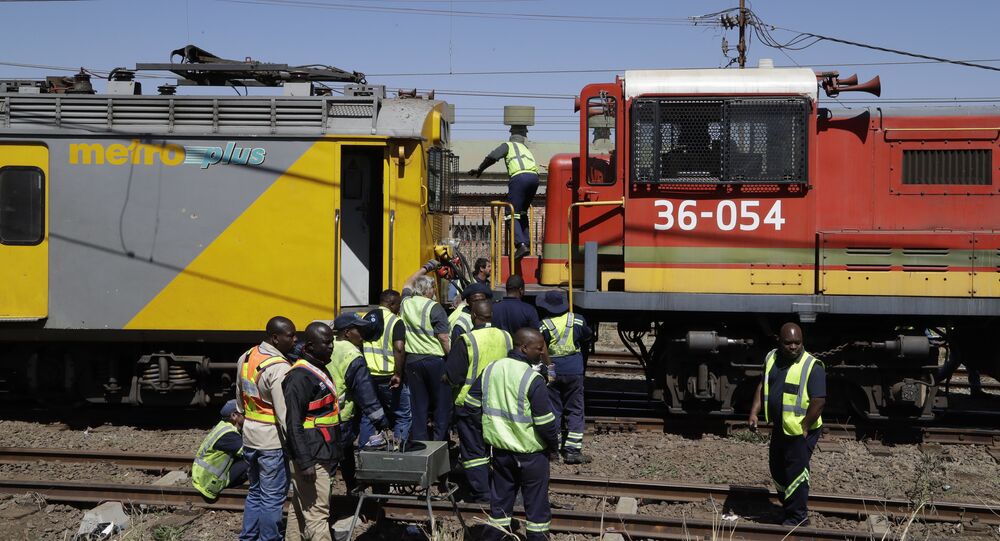 A representative of the railway company CFM, as quoted by local newspaper Folha 8, said that a cargo train collided with a repair train in the province of Namibe in the south-west of the country.

Two trains have collided south of Johannesburg, South Africa; at least 100 people are injured, according to BNO News. Later Folha 8 reported that the accident claimed lives of at least 17 people.

"Approximately 100 people have left injured this morning following a collision between two passenger trains in the Eloff extension in Selby, south of Johannesburg… Fortunately, no serious injuries or fatalities were found. The patients were treated for their injuries and were thereafter transported by several services to nearby hospital," the paramedics said in a statement.

#TrainCollision Approximately 60 people were injured this morning, following a collision between two passenger trains in the Eloff extension in Selby, south of Johannesburg. TJM

Witnesses said that some passengers were able to leave the damaged trains, the injured were treated inside by medics.

#SelbyTrainCrash 100 injured in Johannesburg train collision at the Eloff extension in Selby. No fatalities reported pic.twitter.com/hd73E9F6v0

2 passenger metrorail trains collided at the Eloff extension in Selby, south of Johannesburg this morning

Both trains were on the same track, coming from opposite directions when they collided outside the Booysen station

The details of the incident are not yet known, local authorities are on the scene.

In January, 226 people were injured in a train collision in the city of Germiston.

Death Toll in Train Crash in Turkey Rises to 24 - Reports