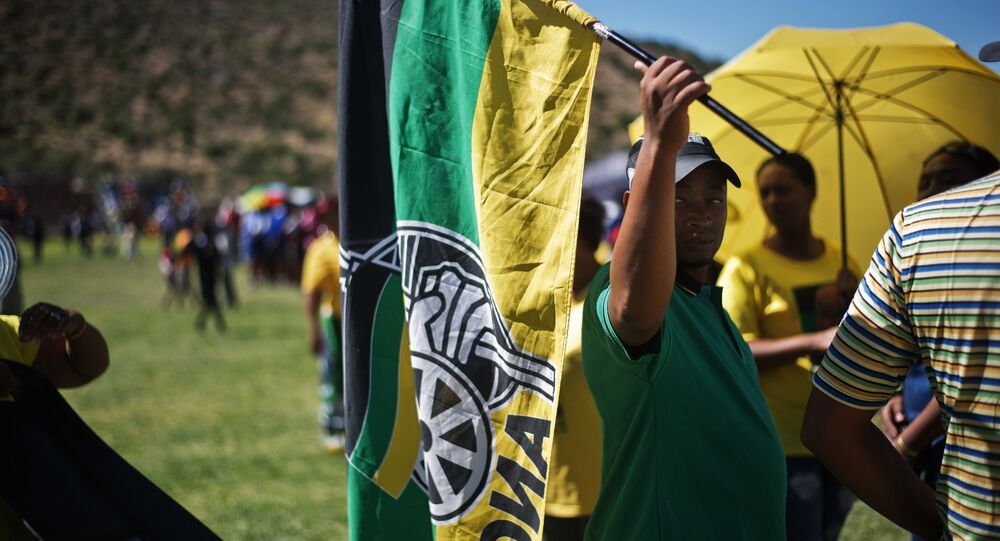 The South African government's announcement last week that the constitution would be amended to allow for the expropriation of land, the vast majority of which is held by white South Africans, without compensation, has led to fears that the country will erupt in violence almost a quarter of a century after the formal end of apartheid.

South Africa's markets and its national currency – the rand – have stumbled this week after the country's president confirmed in a television address that section 25 of the country's constitution, which deals with property issues, will be amended to allow the state to redistribute land without paying for it.

"It has become patently clear that our people want the constitution to be more explicit about expropriation without compensation, as demonstrated in the public hearings," President Cyril Ramaphosa said in a television address on the land reform question. "The intention of this proposed amendment is to promote redress, advance economic development, increase agricultural productivity and food security," he insisted.

© Sputnik / Denis Bolotsky
'We're Here to Stay': South Africa's White Minority Wants Recognition
According to the president, many South Africans feel that the history of the land now owned predominantly by whites remains a "sore" that's "alive and bleeding."

Since coming into power last year, Ramaphosa has been under pressure by more radical elements of his party to speed up land transfers amid a lack of financing in government coffers to buy off the land. At the same time, landowners have been accused of jacking up prices each time the government prepares a buyout.

Seeking to allay fears, Ramaphosa promised that the government "will not allow land grabs or anarchy … I am saying we will handle this challenge. Once we have addressed and resolved the land question, the country will take off," he vowed. "I have full confidence that if we could negotiate the death of apartheid, we will be able to find a solution that will put the land issue to bed so that this country can really unleash its power," he added.

Many black South Africans have welcomed the long-awaited land reforms, pointing to a situation where whites, who make up 9 percent of the country's population, own 72 percent of the total private land, according to government statistics. Since coming to power in 1994, the ruling African National Congress party has bought up and transferred only about 10 percent of white-owned land, despite initial promises to transfer some 30 percent in its first five years in office.

© REUTERS / Siphiwe Sibeko/File Photo
Legacy of South African Apartheid Has Left People Divided - Activist
The issue has also been exacerbated by growing economic disparities, with many pointing out that the end of apartheid in 1994 has led to an increase, rather than a drop, in poverty.

Public televised hearings on the issue in recent weeks pointed to stark divisions on the land reform issue between supporters and opponents. "We are going to take the land, even if it means we're going back to the dark ages. This country must be African. We are African," a supporter said during the hearings. A white farmer countered, pointing out that the Afrikaners, the descendants of predominantly Dutch settlers, have farmed the Western Cape for centuries now. "When my forefathers came, they found no-one but the Khoi and the San [indigenous people]. My people got what they have in this country not by theft, not by genocide, but by fair means," the man stressed, according to a BBC record of the debate.

© AP Photo / Ben Curtis
Zimbabwe Needs to Move Away From Mugabe's Policies to Boost Economy - Analyst
Some farmers have warned that forced expropriation would lead to war, with supporters of expropriations vowing to meet violence with violence.

Observers fear that that the situation may lead to something akin to the land grabs in neighboring Zimbabwe in the 2000s, which failed to increase prosperity in that country and, on the contrary, led to a decline of agricultural revenue and exports, and to millions of refugees flooding into South Africa to escape economic crisis and chaos.