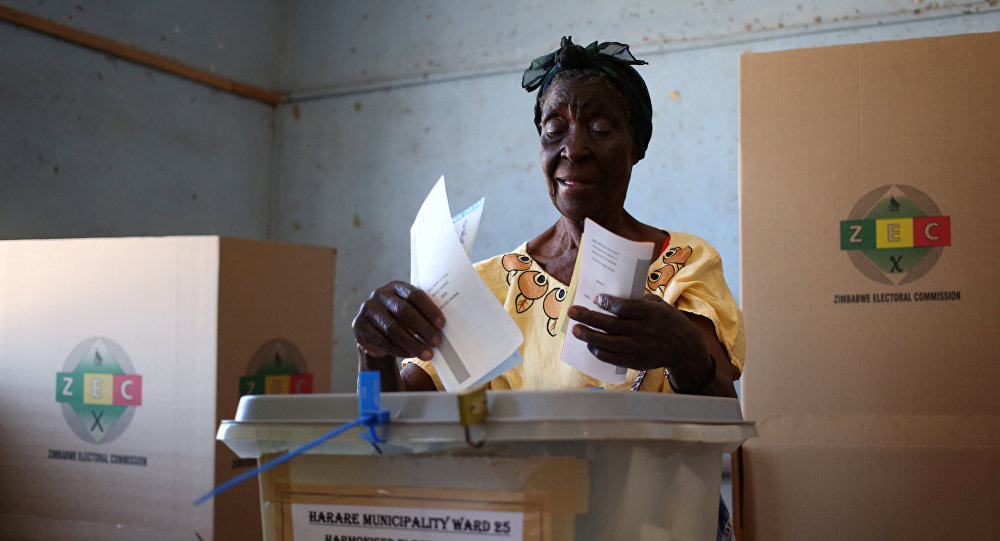 MOSCOW (Sputnik) - Nelson Chamisa from Zimbabwe's opposition Movement for Democratic Change (MDC) party has announced his victory in the country's presidential election ahead of the publication of official results, adding that the MDC was ready to form a new government.

"Winning resoundingly… We now have results from the majority of the over 10,000 polling stations. We’ve done exceedingly well. Awaiting [Zimbabwe Electoral Commission] ZEC to perform their constitutional duty to officially announce the people’s election results and we are ready to form the next [government]," Nelson Chamisa said on his Twitter.

Victory is ours!Long winding queues in most parts of Harare.There seems to be a deliberate attempt to suppress and frustrate the Urban vote. Good turn out but the people’s will being negated & undetermined due to these deliberate & unnecessary delays.We are in because #Godisinit

Zimbabweans elected their new president and members of parliament on Monday in the country's first vote since long-time leader Robert Mugabe was forced to step down.

Emmerson Mnangagwa, the former vice president, was sworn in as Mugabe's successor.

Almost 130 parties, including the ZANU-PF and MDC, took part in the parliamentary election.

Zimbabwe Unlikely to Get Aid From IMF Unless 'Democracy Evolved' - Analyst

The Injustice of 'Stand Your Ground' Laws; Zimbabwe's Upcoming Elections