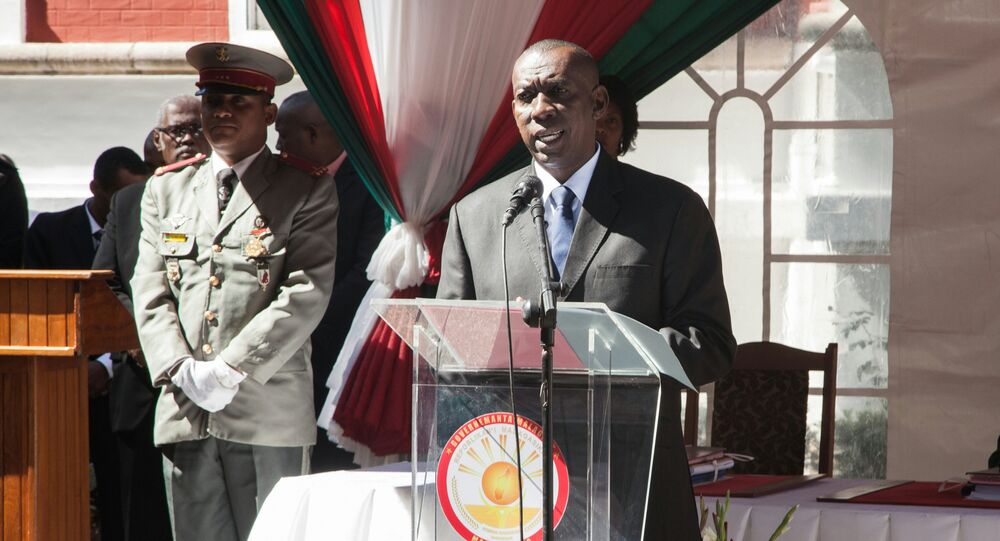 MOSCOW (Sputnik) - Prime Minister of Madagascar Olivier Solonandrasana Mahafaly announced on Monday his resignation after the High Constitutional Court (HCC) required the cabinet to step down, the Madagascar Tribune reported.

According to the outlet, Mahafaly announced his resignation at about 9:00 a.m. local time (06:00 GMT) at the palace of Mahazoarivo. The new prime minister is to be appointed on Tuesday, the media outlet added.

Another local media, Madagascar Midi, reported that Rajaonarimampianina had agreed to appoint a new prime minister presented by the opposition MAPAR party, but put forward several conditions for the new candidature.

The conditions include possessing extensive experience in the domain of public administration, having no record of ultra-political activity and not originating from the province of Antananarivo. Earlier in May, MAPAR already tabled a list of candidates, but the president refused to choose anyone from the list.

© REUTERS / Ronen Zvulun
Paraguayan President Resigns Early to Become Senator
On May 25, the HCC ruled that Madagascan President Hery Rajaonarimampianina was to dismiss the government and form a new cabinet of national consensus after over 70 opposition lawmakers filed a motion requiring the president’s resignation. The HCC required the government to leave office no later than June 5.

Madagascar has been in a state of political crisis since the onset of violent protests in late April. The rallies initially sought to protest new laws which allegedly prevented the opposition from taking part in the elections, but later turned into demands for Rajaonarimampianina’s resignation. The president has not yet announced whether he will run for another term.

Madagascar is to hold its general election on November 24 and presidential vote on December 24.

German MP on Lawsuit Against Merkel: 'If It's Successful, She'll Have to Resign'