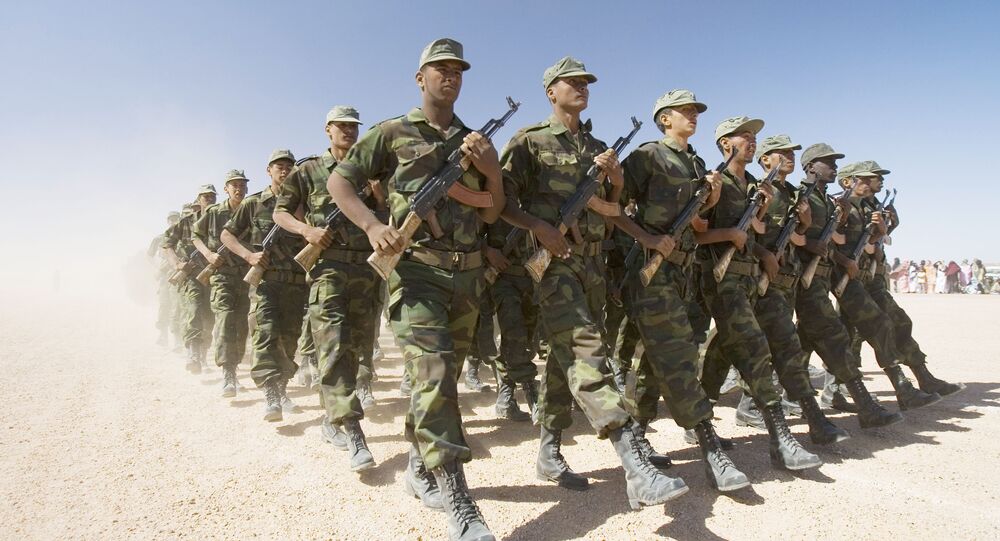 What's Really Behind Morocco's Decision to Cut Ties With Iran?

Morocco has broken off diplomatic ties with Iran accusing the Tehran-backed militant group Hezbollah of arming and training members of the Polisario Front independence fighters in the disputed region of Western Sahara.

Moroccan Foreign Minister Nasser Bourita accused the Lebanese militant group of allegedly delivering a "shipment of weapons" to the Polisario Front via an "element" at the Iranian embassy in Algeria.

"Morocco has irrefutable proof, names and specific actions to corroborate the complicity between Polisario and Hezbollah," Bourita said.

Polisario Front fought a guerrilla war for independence for the Sahrawi people of Western Sahara until a UN-backed ceasefire in 1991.

It wants to carve out a state in the contested Western Sahara, a former Spanish colony that Morocco annexed in 1975.

Hezbollah has dismissed Morocco's claims that it provided arms to the Western Sahara independence movement as "baseless arguments."  It added that Rabat had decided to cut ties with Iran under “American, Israeli and Saudi pressure.”

"It is regrettable that Morocco has resorted to raising these false accusations under US, Israeli and Saudi pressure," Hezbollah said in a statement. The Moroccan Foreign Ministry should have sought a more convincing pretext to cut ties with Iran," it said in a statement.

The Polisario Front has also denied receiving any military help from Iran.

Iran was "brazenly lying" about its nuclear ambitions prior to the 2015 Iran nuclear agreement.

In an interview with CNN on Tuesday, Netanyahu accused Tehran of being "the one that's changing the rules in the region" and indirectly prompting other countries to seek nuclear weapons.

However, when asked about Israel's own nuclear capability, he avoided a direct answer, saying only that he did not seek war with Iran.

Iran has denied the charges and described Netanyahu’s presentation as a "propaganda show."