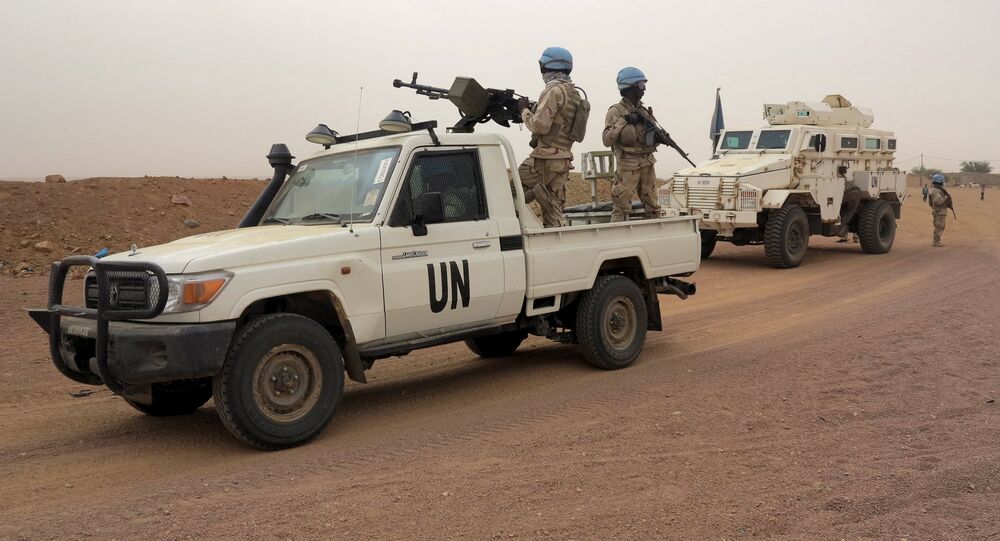 MOSCOW (Sputnik) - Two peacekeepers were killed and a dozen injured Thursday in a mortar attack on the UN mission’s camp in northeastern Mali, it said in a communique.

"According to preliminary estimates, two blue helmets were killed and ten others injured, some of them seriously, in an attack," the statement read. The communique says that the attack had been carried out on the MINUSMA base at Aguelhok in the Kidal region.

The assault was reported at 18:45 GMT. The mission said it had immediately organized medical evacuations and boosted the camp's security.

© AP Photo / Jerome Delay
Canada to Deploy Troops in Mali This Year - Reports
The mission's chief, Koen Davidse, condemned the deadly attack and stressed that it constituted a war crime. He said the effort to bring peace back to this West African country will continue.

The UN sent a mission to Mali in 2013 after an offensive by Islamic radicals led to the capture of many cities in the country's north. Five years on, Mali remains one of the world’s two most dangerous places where UN peacekeepers are deployed.