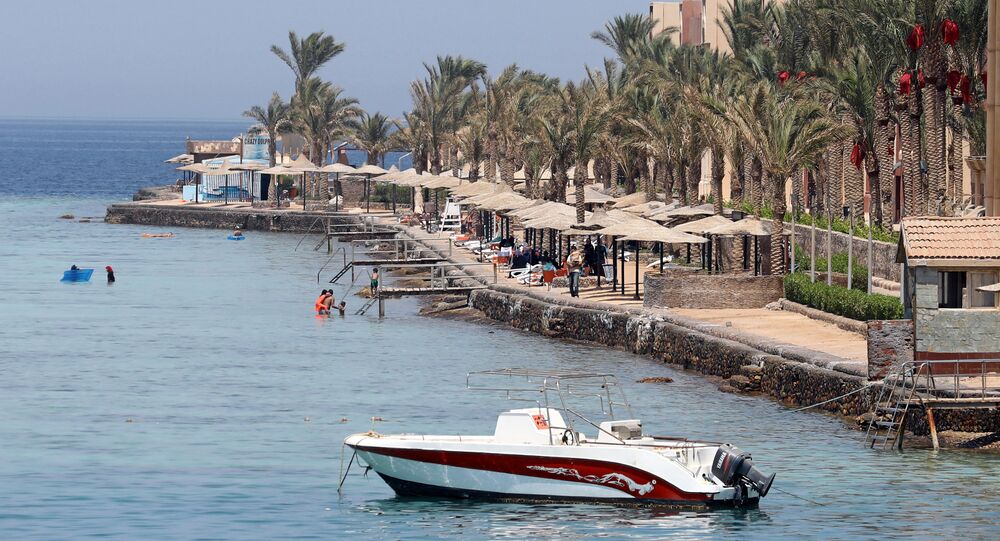 The beach which was used by knife attacker to gain access to an adjacent hotel and kill two tourists in Egypt's resort of Hurghada was closed by police, according to local media.

CAIRO (Sputnik) — Egyptian police have shut to the public the beach in the Red Sea resort of Hurghada which was used by Friday's knife attacker to gain access to an adjacent hotel and kill two tourists, local media said Saturday.

Police have also been instructed to step up security on all beaches and in all hotels on the waterfront, the El Watan newspaper reported.

© Photo : Karelj
Germany Sends Fighter Jets to Escort Passenger Plane Coming From Hurghada
Additional security measures, including the installation of more guest screening equipment, will be taken, according to the publication.

On Friday, the attacker, armed with a knife, assaulted the guests of a Hurghada hotel and killed two women from Germany, while four other tourists from Armenia, the Czech Republic and Russia were injured. The perpetrator was arrested and the motives for the attack are being investigated. According to media reports, the attacker could have acted on the orders of the Daesh terror group (outlawed in Russia), or could be mentally ill.