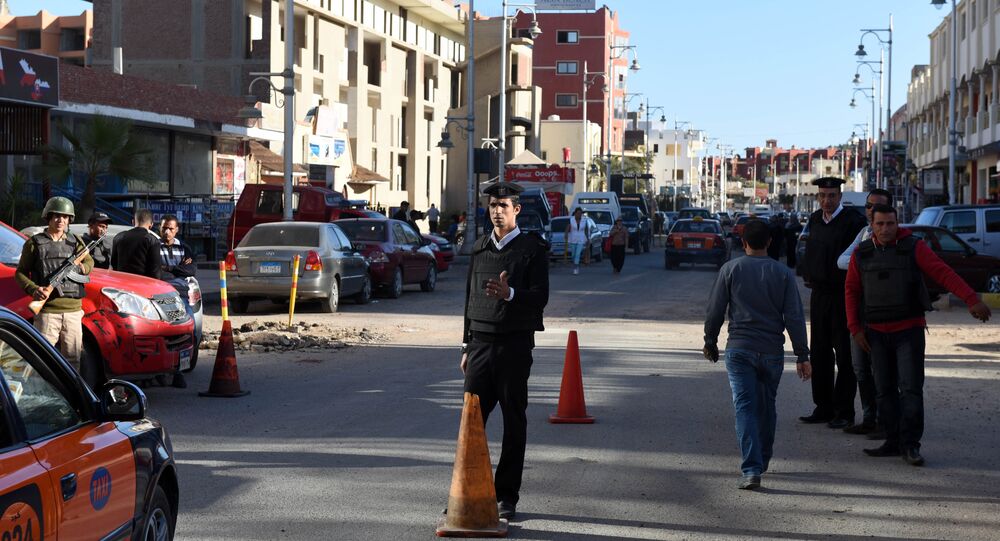 Two German nationals were killed at the Hurghada hotel knife attack, according to a head of a tour company familiar with the situation.

CAIRO (Sputnik) – The victims of the Hurghada hotel knife attack were two German nationals, a head of a tour company familiar with the situation told Sputnik on Friday.

© AFP 2021 / MOHAMED EL-SHAHED
Security Measures Boosted in Egypt’s Hurghada After Hotel Knife Attack - Source
Earlier in the day, media reported that two Ukrainian tourists were killed in a knife attack in a Hurghada hotel. Four others were reportedly injured.

"In Zahabia hotel two German women were killed. Then the killer sneaked to El Palacio hotel and injured one Russian woman, he stabbed her with a knife. She is alive, but in a critical condition, in a hospital now. He also injured two Armenians and one Czech. The killer ran to the sea, trying to escape, but the hotel workers took a motor boat and caught him," the tour company head said.

The German Embassy in Cairo told Sputnik, citing the Egyptian officials, that there were three Germans involved in the incident, but it did not clarify whether they were killed or injured and stressed that the embassy could not say anything with absolute certainty yet.