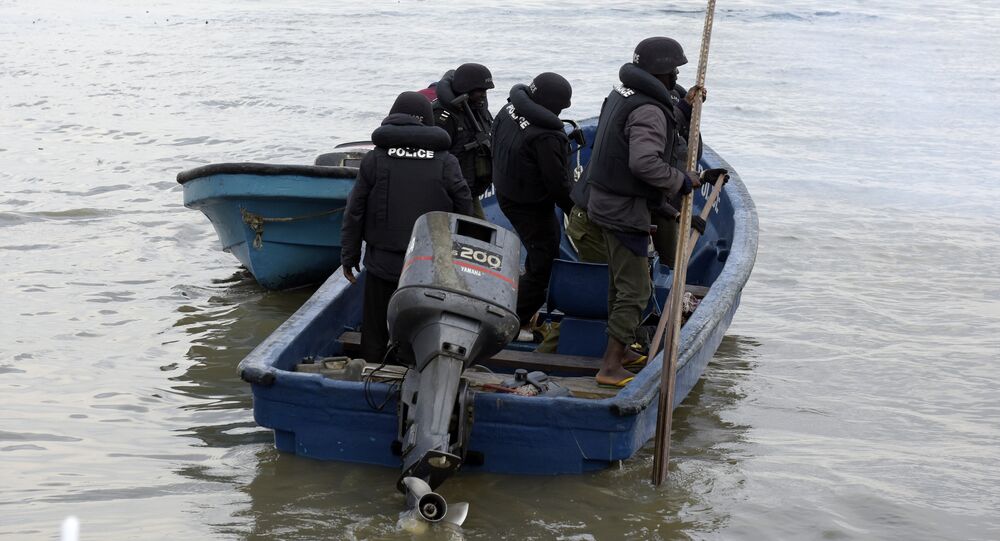 MOSCOW (Sputnik) — The ministry relayed the Russian Embassy in Abuja's information that the BBC Caribbean cargo vessel belonging to a German shipowner was raided on Sunday, February 5.

"Seven Russian citizens were captured," the ministry said in a statement.

The Russian Embassy in Nigeria contributes to secure the release of the BBC Caribbean crew members, including a Ukrainian national.

"The embassy is now taking all the necessary steps to establish their whereabouts," Artem Romanov, the embassy’s spokesman, told Sputnik, adding that the embassy has sought assistance from local authorities.

A total of eight people, including seven Russian nationals and one Ukrainian, were kidnapped from the BBC Caribbean vessel in Nigeria, representative of the German Briese Schiffahrts company Raymond Fisch told Sputnik on Wednesday.

"This is true. According to our information, eight people are held in captivity. We still do not have any information from the scene and we ask the media to be more discreet in the interest of people," Fisch said, also confirming the nationality of the kidnapped.

As Maritime Herald reported earlier, the attack on the multipurpose vessel took place in the Gulf of Guinea near the oil terminal in the Niger Delta region.