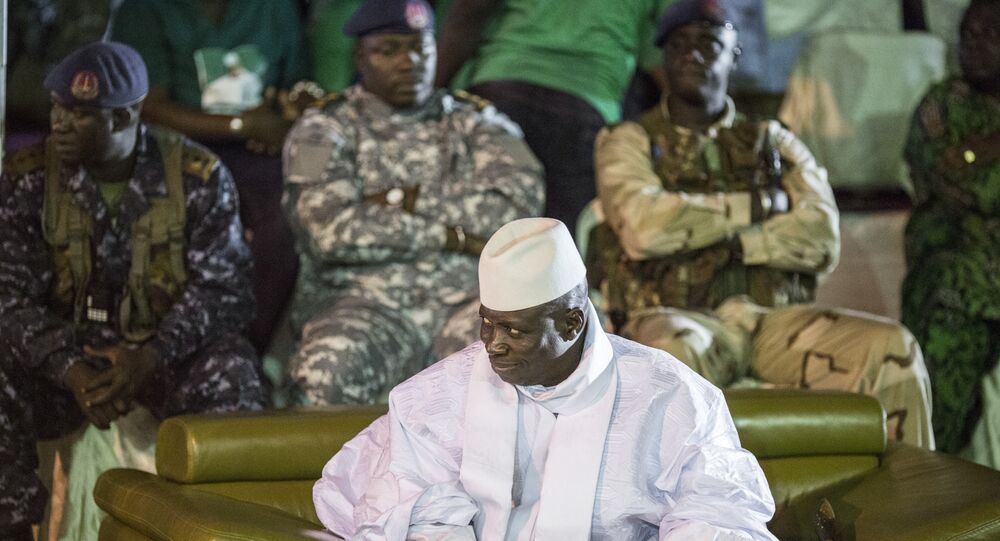 The Gambia’s outgoing president Yahya Jammeh has announced his readiness to transfer power in a state television address amid a threat of military intervention.

"Today I decided conscientiously to leave the leadership of this great nation with infinite gratitude," Jammeh said on Saturday, as quoted by the French Le Monde newspaper.

© AP Photo / SEYLLOU
Senegal's Military: Operation in Gambia Seeks to Protect Country's New President
Jammeh had rejected the results of the presidential elections held on December 1, 2016 in the Gambia. The inauguration ceremony of president-elect Adama Barrow was held on Thursday in neighboring Senegal.

A military intervention backed by the Economic Community Of West African States (ECOWAS) was launched late on Thursday, but the operation in the Gambia was later halted with ECOWAS giving Jammeh until Friday to cede power.

"I think it is not necessary that a single drop of blood be poured," Jammeh said in his Saturday address.

Nigeria in Air Surveillance Over Gambia in Preparation for ECOWAS Intervention