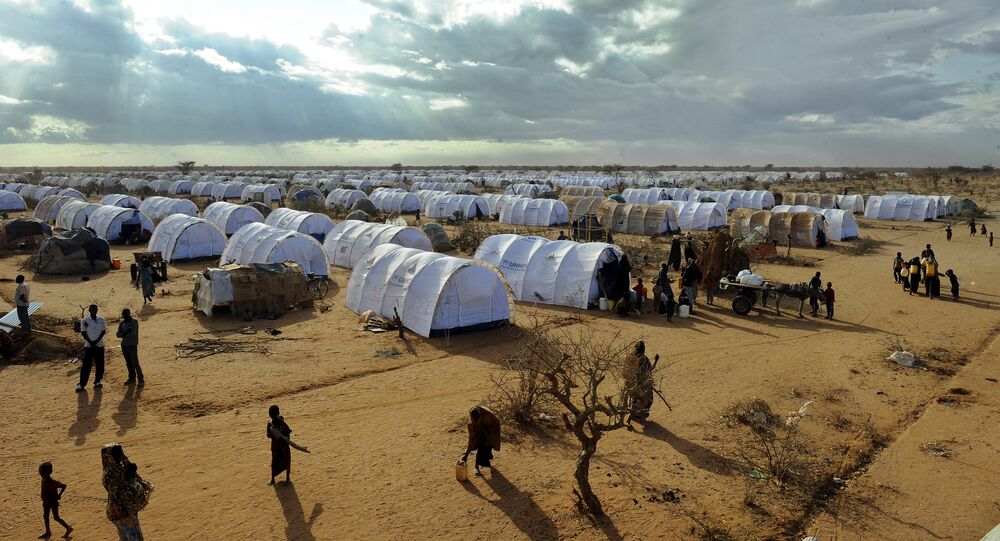 "WFP immediately requires US$13.7 million to cover the food and cash needs for the refugees between December and April," Conte said, as quoted in the WFP press release.

According to the statement, 434,000 people are living in Kenya's refugee camps at the moment, with 7,500 of them residing in the recently established Kalobeyei settlement, where the cessation of cash transfers will have a particularly devastating effect as people there receive most of their food assistance in cash.

© REUTERS / Stringer
Kenya Removes Peacekeeping Forces From S. Sudan Protesting Commander's Sacking
Conte mentioned a $22 million shipment of food that would reach the camps in Kenya in May, but stressed the importance of filling the gap in funding until then.

"Without an urgent response from other donors, we will completely run out of food for more than 400,000 people in Dadaab and Kakuma at the end of February," Conte said.

Kenya hosts more than 600,000 people at refugee camps in the northern part of the country, which were established in the early 1990s. Most refugees come from Somalia and South Sudan. The Dadaab complex, that includes five camps, hosts about 350,000 people and is the largest refugee facility in the world.

UN Chief Slams Deadly Attack on Mine in Kenya, Calls for Justice