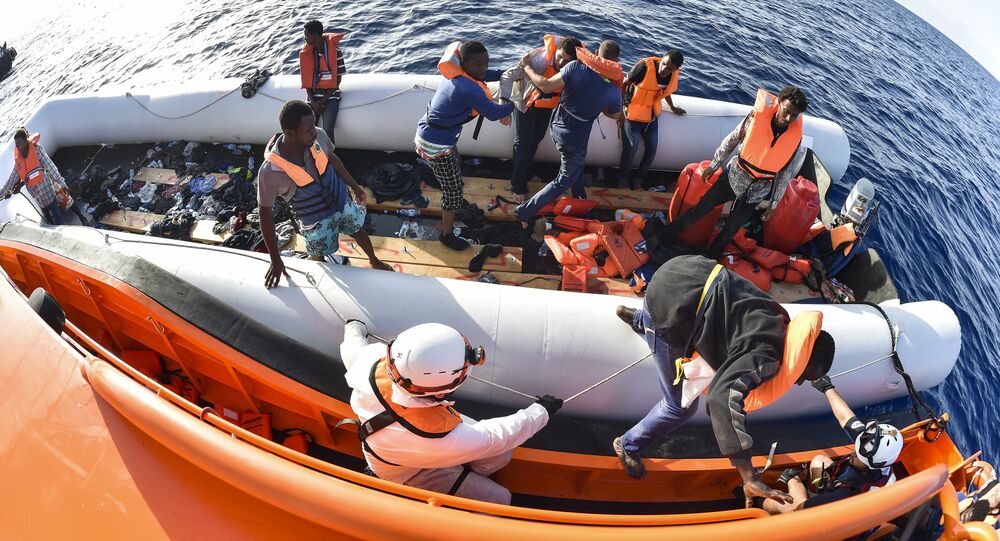 © AFP 2021 / ARIS MESSINIS
IOM Sets Up Medical Clinics on Libya's Coast to Treat Migrants Rescued at Sea
MOSCOW (Sputnik) – Earlier in the day, Italian media reported that some 100 people were considered to be missing after a boat capsized.

The BBC broadcaster reported citing the UN refugee agency (UNHCR) officials that the information about more than 200 drowned people stems from two survivors.

The media outlet added that no bodies of the shipwrecks' victims had been recovered yet.

Europe has been beset by a massive refugee crisis, with hundreds of thousands of undocumented migrants from the Middle East and North Africa fleeing their home countries to escape violence and poverty.

Are Western Powers on Track to Make Syria the New Libya?

'Libya Was Destroyed by NATO, It Will Take Decades for Country to Recover'