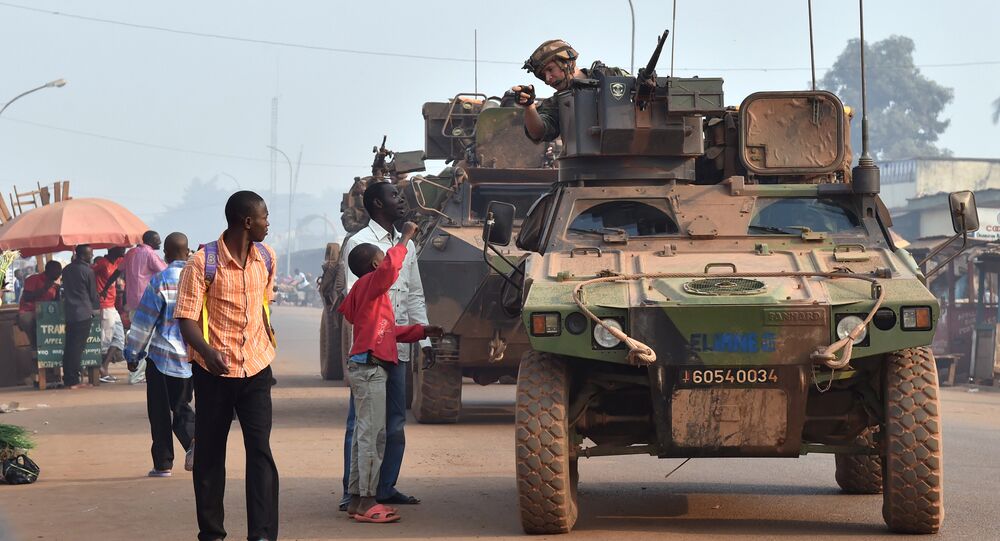 French Troops to Remain in CAR Despite Conclusion of Sangaris Mission

French Prime Minister Manuel Valls said that some 350 French soldiers will remain in the Central African Republic (CAR) as a tactical reserve force for the UN peacekeepers.

"France will keep its commitment to the CAR… There is no question of leaving this country alone," Valls told Radio France Internationale (RFI) on Sunday while on a visit to Cote d'Ivoire.

Earlier in the day, violence that erupted in CAR, with around 10 people killed in infighting between "self-defense" groups in the Muslim district PK5 on Sunday evening.

Some 350 French soldiers will remain in CAR as a tactical reserve force for the UN peacekeepers, he said.

© AFP 2021 / ISSOUF SANOGO
Dozens Killed in Violence in Central African Republic
In 2013, France sent more than 1,000 servicemen to its former colony in a bid to end the violence, in an operation named Sangaris.

The Central African Republic has been suffering from sectarian clashes between Muslims and Christians since the 2013 coup, when Muslim Seleka rebels seized control in the majority-Christian nation, overthrowing President Francois Bozize, who had ruled the country since 2003.

Thousands were killed in the ensuing violence and about 20 percent of the population fled their homes. Two successive interim governments, as well as thousands of UN peacekeepers, have struggled to stop the fighting and disarm militias since the conflict escalated.