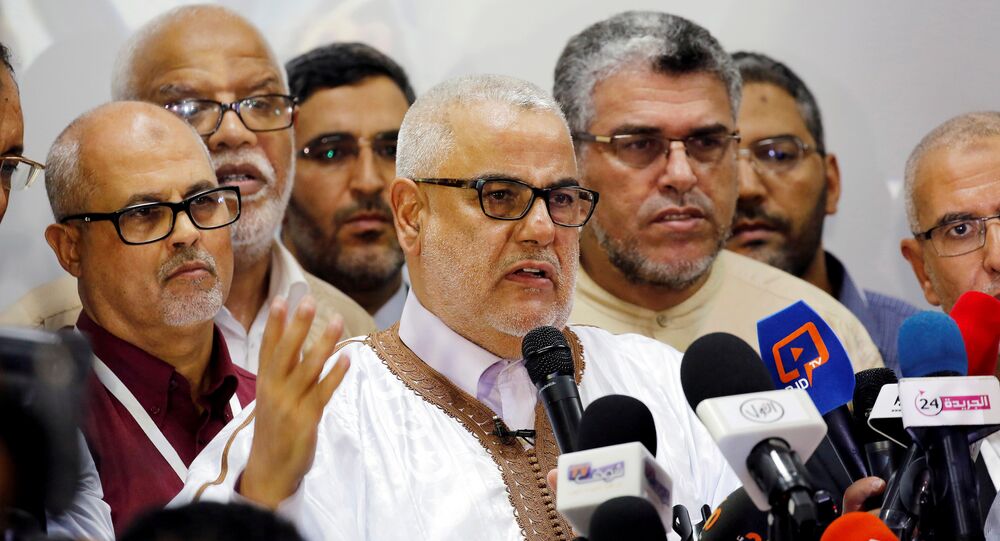 The conservative Islamist Justice and Development Party won a surprise victory in Friday’s parliamentary elections in Morocco. In an interview with Sputnik, historian and African affairs expert Bernard Lugan described the JDP’s success as a paradox for North Africa, which has recently been turning away from political Islam.

© REUTERS / Youssef Boudlal
Morocco’s Ruling JDP Party Wins Parliamentary Elections
“It’s a paradox to have a stable country, which has traditionally been hard on political Islam, to be run by Islamists. Tunisia is not, neither is Egypt. Morocco is the only country in the Sunni world to have a prime minister belonging to an Islamist party and this is a big surprise,” Bernard Lugan said.

In Morocco the constitution allows the king to appoint a prime minister from the JDP, but this doesn’t mean that the party will be able to dominate the government.

“With only a third of all votes cast in its favor, the JDP will have to form a coalition government, but the question is who exactly they are going to bring into that government,” Bernard Lugan continued. He explained the Islamists’ electoral gains by the large number of rural dwellers moving to the cities.

“Faced with growing social inequality, many of those living in coastal cities and village migrants who previously voted for monarchist parties are now voting for the Islamists. The same thing is now happening in all Moslem countries,” Lugan noted.

When asked about the danger of Islamization, just like what is now happening in Turkey and other countries conservative Islamists are in power,

Bernard Lugan said that “even though they deny any links to the Muslim Brotherhood, these people have very much in common with their Muslim brethren and this is something we have to admit!”

Bernard Lugan also said that the Islamists’ strong showing in Friday’s elections did not pose any immediate threat to King Mohammed VI.

Today the conflict is dominated by unarmed civil campaigns of the Polisario Front and their self-proclaimed SADR state to gain fully recognized independence for Western Sahara.