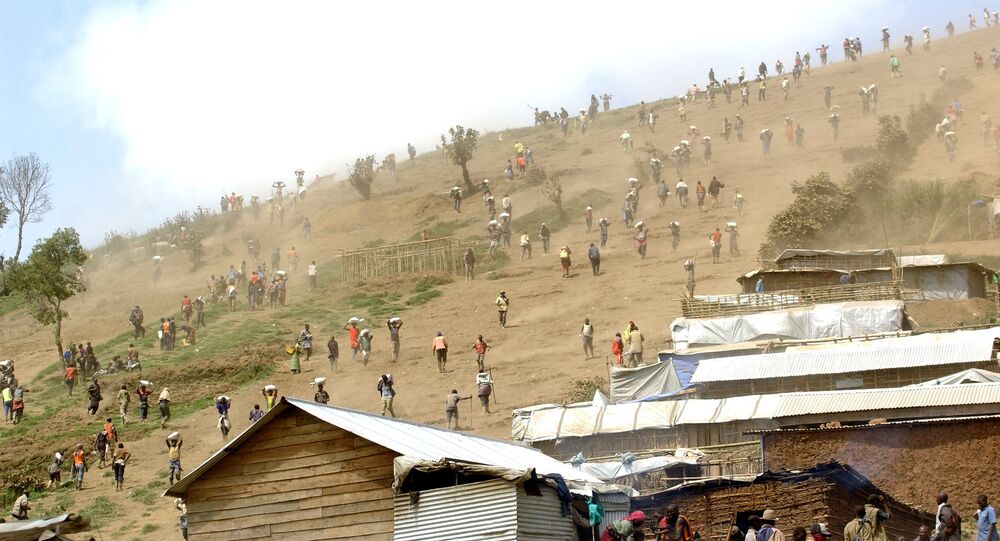 A Spanish journalist living in Africa is determined to reveal real life on the continent for readers in Europe and the Americas, and the truth behind the wars ravaging the continent, Sputnik Mundo reported.

© Flickr / Bart Wursten
US Orders Families of Government Personnel in Congo to Leave
The real picture of Africa is much more complicated than the all-too-common media portrayal of war and poverty, Spanish journalist Gemma Parellada told Sputnik Mundo.

Parelladan has lived in Africa for 11 years, and constantly travels around the continent seeking to draw attention to African news ignored by the mainstream media.

"Moving around, slowly, is the only way to draw attention to everything that is really happening; I can't tell the truth about a country in two or three days, because information is incorrect, or distorted, or insufficient," she told Sputnik Mundo.

© Flickr / Natasha Mayers
Congo resource wars
"I cannot imagine how you can get to know a country without getting to know its villages. I try to go to those places which I wouldn't otherwise know about."

Parelladan first traveled to Africa two decades ago, when she worked as a photographer covering the Second Congo War. The five-year war began in 1998, and claimed the lives of almost four million people; another two million were forced to flee their homes and live as refugees. However, despite being the most deadly conflict since World War Two, it was rarely reported.

© AP Photo / Joseph Kay
Congolese army soldiers take cover during an assault on rebel-held Jomba, as they advance toward Bunagana, eastern Congo (File)
The journalist says the conflict was connected to one of the country's main exports, a precious mineral called coltan.

The world's largest coltan deposits, containing around 65 percent of the global total, are located in the Democratic Republic of Congo. Like cocoa in Ivory Coast, oil in Nigeria and diamonds in South Africa, the natural resource is one of the reasons for the instability there.

"We don't think about the fact that the minerals which we use every day come to us from Africa, and that our prosperity is based on these wars, which seem deceptively far away."

The limited amount of space given to news about Africa means that only extreme events are covered in the press, Parelladan says.

"The media image of the continent is also too simplistic and only shows monsters like Joseph Kony, or heroes like Nelson Mandela, but it doesn't say anything about the other inhabitants of the continent, their problems and victories."

"The information supplied by the media has no shades of grey – as though we are (just) interested in continuing to perceive Africa as a continent of wars, poverty, hunger and drums, which is not true."

© REUTERS / Aliou Mbaye/Files
Former Chad Dictator Faces Trial in Senegal, Accused of 40,000 Murders
Parelladan says that over the past three to four years, several popular movements have sprung up in Congo, Senegal and other African countries, which have been largely unreported by the mainstream media.

"One of the strongest appeared in Burkino Faso. This is a movement headed by musicians and artists, who demanded the resignation of Blaise Compaore, who had been in power for 27 years. They succeeded … they organized peaceful marches of millions of people with the help of social networks," Parelladan says.

Turkey Set to Open First African Military Base in Somalia

Unspoken Story of US' Growing Military Presence in Africa