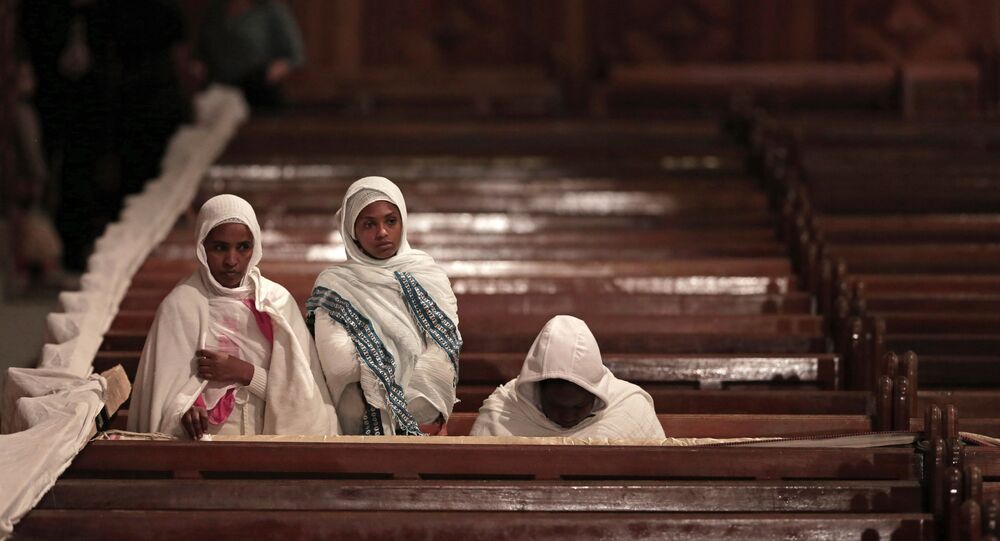 Elhamy Agina, a controversial member of Egyptian parliament who earlier called for mandatory female genital mutilation, has now declared that all women who wish to attend universities in the country must undergo a mandatory virginity test.

In an interview with Egyptian newspaper Youm7, Egyptian parliament member Agina called for the Minister of High Education to order women to have mandatory virginity tests for admission to universities. Results of the tests would be reviewed by the Ministry officials prior to accepting students.

"Any [woman] who enters university, we have to check her medical examination to prove that she is a Miss. Therefore, each [woman] must present an official document upon being admitted to university stating she's a Miss," said Agina, with ‘Miss' indicating a woman who is a virgin.

© AFP 2020 / Tony Karumba
'Pinned Down and Cut': Horror of Female Genital Mutilation Exposed
According to the Egyptian legislator, who is also a member of the parliament's human rights committee, this measure will reduce the number of "urfi marriages." An urfi marriage in Egypt is a form of secret nuptial that has not been approved by a woman's male guardians. Requiring just two witnesses, conservative clerics in Egypt claim that urfi marriages are a cover for pre-marital sex. A sharp uptick in urfi marriages has recently been noted in the country.

"No one should be upset by this decision," Agina declared in the interview. "If you're upset then that means you're scared that your daughter is [or was] in an ‘urfi' marriage behind your back."

© Sputnik / Amr Abdallah Dalsh
Egypt Gets $500Mln Loan to Help Create Jobs in Upper Nile Region - World Bank
The parliamentarian suggested that, following the virginity test, if a woman is shown to not have an intact hymen, her parents would be immediately notified.

Agina has a record of extremely controversial statements. Earlier this week he claimed that the victims of a capsized boat carrying migrants from Egypt to Europe "deserve no sympathy." He said that illegal immigrants try to reach Europe in pursuit of "unguaranteed fantasies."

Earlier, the notorious fundamentalist called for Egyptian women to undergo genital mutilation, as the removal of the clitoris would serve to reduce "sexual appetite."

Female genital mutilation has been outlawed in Egypt since 2008. Agina has been widely criticized and disciplined for his comments.