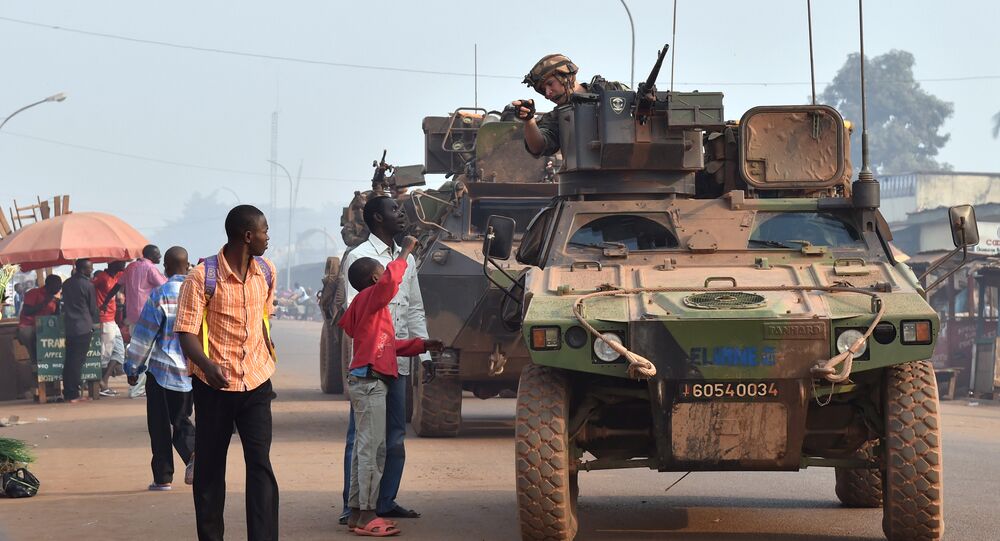 The CAR is seeking justice for the victims of French troops who sexually abused children while they were on a peacekeeping mission.

In March 2013 a coup by the Seleka alliance of rebel militia overthrew the government, which was followed by what UN Secretary-General ban Ki-moon described as a "total breakdown of law and order."

The Seleka alliance, whose members are almost entirely from CAR's minority Muslim population, was ousted from power in January 2014. Since then the militia has been fighting with Antibalaka Christian militia groups in a sectarian civil war which has killed thousands of people.

However, in December 2014 allegations of child abuse by French soldiers against children in CAR began to surface. According to the results of an official investigation, ten children were raped by the peacekeepers, and five soldiers were arrested.

However, in spite of French President Francois Hollande's vow that there will be "no mercy" for French child abusers, the CAR has not been informed of any formal punishment of the soldiers.

"France should serve justice. We want the rights of the victims to be respected, and we have held negotiations with France so that there will be a just decision. We are monitoring the situation, and we are insisting that the victims' rights are respected," CAR President Faustin-Archange Touadera told Sputnik.

"For us and the victims this is taking a long time, but we hope that when everything is finished, sanctions will follow. The people are waiting for this, especially those who have suffered."

© AFP 2021 / RAIGO PAJULA
Commodities Giant Trafigura Accused of Abandoning African Toxic Legacy
NGO's in the CAR capital Bangui told Sputnik they suspect that official figures underestimate the number of victims of the abuse. While UNICEF confirms there were ten victims, the Yamacuir Center said that more than 100 children and adults visited their center in 2014 and 2015, complaining about abuse from French peacekeeping soldiers.

In April 2014, the UN Security Council authorized an international peacekeeping force of 12,000 troops for the CAR, to augment peace missions from the EU and African Union.

CAR has had several presidents since the 2013 coup; incumbent Faustin-Archange Touadera won 62.7 percent of the vote in presidential elections in February this year. Touadera, a former Maths professor, served as prime minister in the government of ex-president Francois Bozize, who was overthrown in the 2013 coup.

African American Voters Should ‘Try Something New’ After Democrats' Failure

Austria Should Agree With North Africa on Protection Zones for Migrants