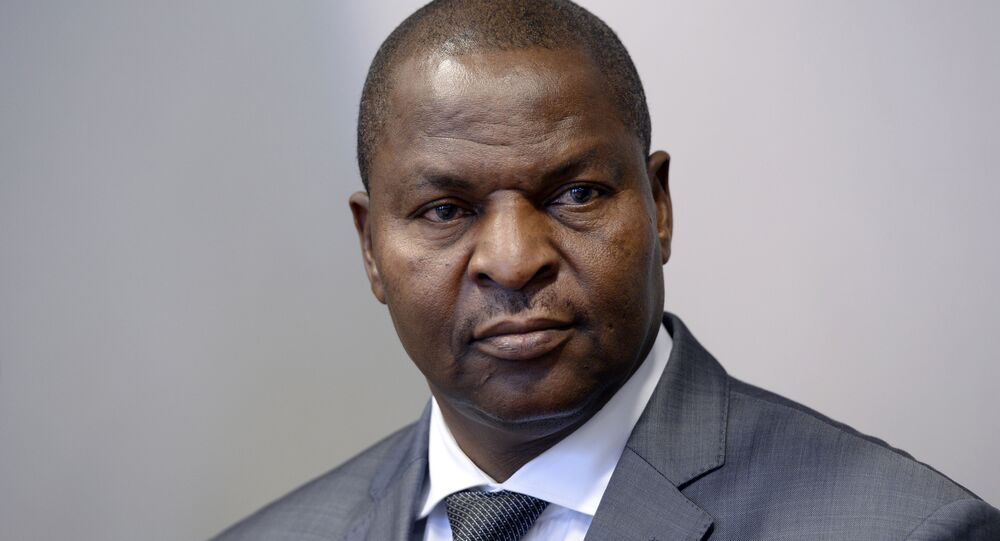 Armed militias in the Central African Republic (CAR) must lay down their arms for the country to begin healing after years of a bloody civil war and sectarian violence, the country's president told Sputnik in an exclusive interview.

© AP Photo / Jerome Delay
US Extends State of Emergency in Central African Republic due to Unrest
MOSCOW (Sputnik) — The landlocked country has been struggling to emerge from the civil war that broke out in late 2012. Having assumed office last March, President Faustin Archange Touadera has urged both Muslim rebels and Christian vigilantes to stand down.

"My priority is to restore peace," Touadera said. "All armed groups must be disarmed. We need to start disarming, demobilizing, reintegrating and repatriating former combatants."

He added that the government needs to urgently beef up its national security forces to regain control of large parts of the country. The country's authorities are in talks with rival Muslim and Christian militia leaders to restart dialogue on a ceasefire, Touadera said.

CAR’s disarmament, demobilization, reintegration and repatriation process has the backing of the United Nations, which has estimated that thousands of people have been displaced by more than three years of fighting since the previously elected president was ousted by Seleka rebels.