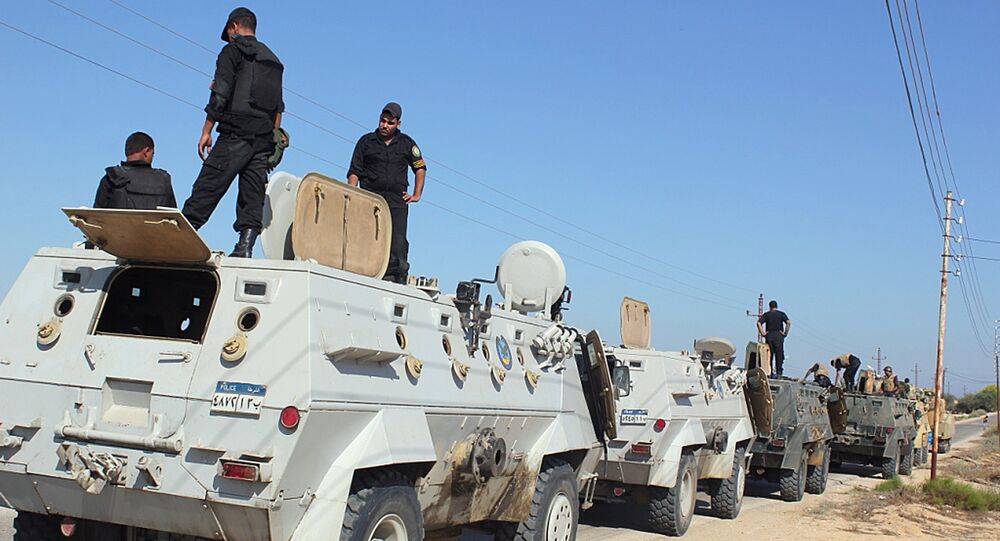 "I want to assure that Egypt's Sinai is cleared of terrorist groups and smugglers with the exception of a small area," Ali Abdel Aal said.

The state of emergency and curfews were declared in several North Sinai areas in October 2014 after a series of deadly terror attacks. This marked the start of a sweeping security operation and the creation of a buffer zone on the border with Gaza.

In 2014, an indigenous militant group in Egypt’s Sinai pledged allegiance to the Islamic State, a terrorist group outlawed in many countries, including Russia and the United States. The self-proclaimed Wilayat Sinai has subsequently claimed responsibility for a number of deadly attacks against Egyptian security forces in North Sinai.

On October 31, 2015, Airbus A321 operated by the Russian air carrier Kogalymavia crashed in the Sinai Peninsula. The plane, carrying 224 people, was heading to St. Petersburg from the Egyptian resort city of Sharm El-Sheikh. Russia's Investigative Committee has officially classified the plane crash as a terrorist attack.

US Backs Partnership With Egypt, Including Anti-Terror Efforts

US Delivers Mine-Resistant Vehicles to Egypt to Combat Terrorism - Embassy