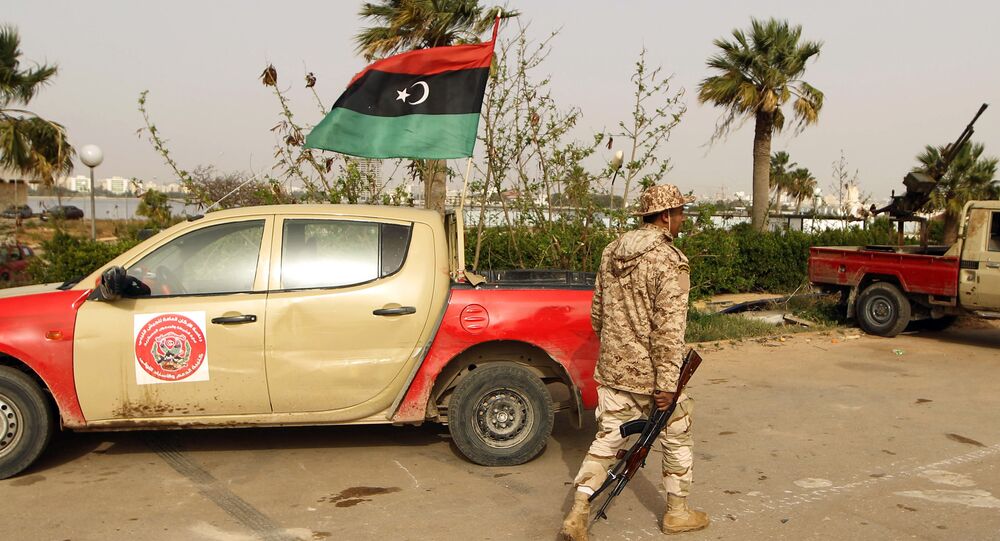 The commander of Libyan forces, Khalifa Hiftar, is preparing his troops for an offensive against the Daesh stronghold of Sirte, which is expected to start within 48 hours, The Times reported Friday.

© AFP 2021 / MAHMUD TURKIA
Italy Has No Plans to Send Troops to Libya - Gov't Sources
MOSCOW (Sputnik) — According to newspaper, about 7,000 Libyan soldiers have been deployed to the city of Ajdabiya and another 700 to the southwest of Sirte in order to attack Daesh positions.

Gen. Akram Bouhlaiga said that the troops would be backed by a group of Mig-23 jet fighters, as quoted by the media outlet.

Ajdabiya residents reported that some 150 armed pick-up trucks equipped with anti-aircraft guns were moving on the way to Sirte, according to the publication.

According to the media outlet, Libya's UN-backed unity government is against Hiftar's offensive over concerns that his forces may clash not only with jihadists but also with forces loyal to the Tripoli-based General National Congress.

"We ask all military forces to wait for [the government] to appoint a joint command for the Sirte operation. Any infringement of this order will be considered against military law," the unity government's administration said as quoted in the publication.

After Libyan long-standing leader Muammar Gaddafi was overthrown in 2011 by Western-backed rebels, two rival governments were formed in Tobruk and Tripoli.