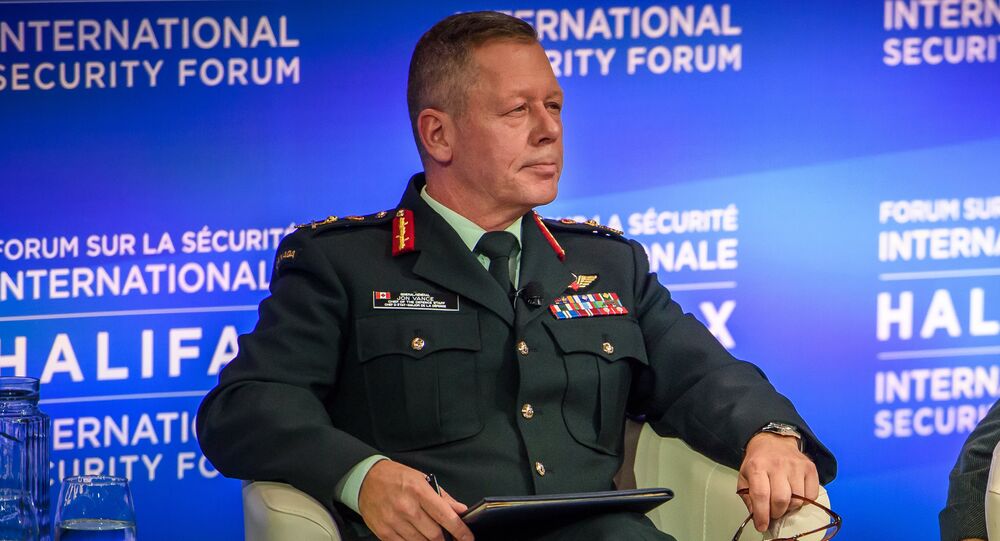 Canadian Armed Forces Chief of the Defense Staff Gen. Jonathan Vance said that the situation in Libya is affecting Europe and Africa and even Canadian forces deployed in the Multinational Force Observers in Sinai.

WASHINGTON (Sputnik) — Canada will participate in resolving crisis in Libya that is facing growing threat from the spread of the Islamic State (ISIL or Daesh), Canadian Armed Forces Chief of the Defense Staff Gen. Jonathan Vance said on Friday.

"I think the international community is very interested in Libya," Vance said at the Conference of Defense Associations. "I do not know whether or not we will be involved militarily, but we will certainly be involved somehow, because Libya sits at crossroads of some very important and dangerous things that are happening in the world."

The general added that the situation in Libya is affecting Europe and Africa, "It is affecting even our forces deployed in the MFO [Multinational Force Observers] in Sinai."

© AFP 2020 / NICHOLAS KAMM
Canada Supports Anti-Daesh Coalition Despite Refusal to Participate in Airstrikes
Libya has been in a state of turmoil since its long-time leader Muammar Gaddafi was deposed and killed in 2011 by Western-backed Islamist extremists.

The ISIL, also known as Daesh and outlawed in numerous countries including the United States and Russia, seized a pocket of Libyan territory centered in Gaddafi's hometown of Sirte in November 2014.

On Friday, the US-led coalition against Daesh announced that it carried out an airstrike overnight in Libya which targeted terrorists’ training camp and IS leader Noureddine Chouchane, who is believed to be the mastermind of two massive terrorist attacks in Tunisia.

Canada has been a part of the anti-Daesh coalition since 2014. However, it had concluded airstrikes against the terrorists on Thursday. Now Ottawa will support the US-led coalition by providing aircraft for refueling and surveillance purposes as well as training local military forces.