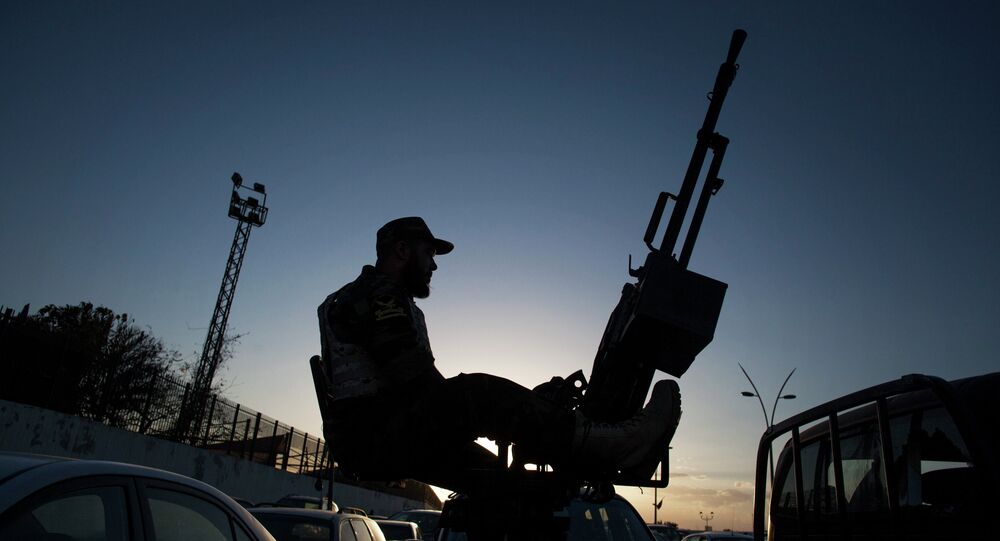 In a statment made to Sputnik Libya’s army denied Saturday reports of Russian, US and British military deployments in the conflict-torn North African country.

TOBRUK (Sputnik) – Libyan security sources told the Arabic Asharq Al-Awsat newspaper earlier that scores of US, British and Russian troops have arrived south of Tobruk, Libya, on a "reconnaissance mission to advise the national army."

"Only the Libyan army carries out the support of the unity government," the press service said, noting that "all eastern regions and all [entrance] gates are protected from militant forces."

© REUTERS / Stringer
Battleground North Africa: US General Says Daesh Preparing to Conquer Libya
Libya has been in a state of turmoil after the Arab Spring protests in early 2011 led to a civil war and the overthrow of long-time leader Muammar Gaddafi. The instability has facilitated the emergence of numerous militant groups in the country, particularly Daesh, which has been carrying out attacks on Libya’s oil infrastructure.

Libya’s Presidential Council announced a new government of national accord, including 32 ministers, on Tuesday. The agreement still needs to be approved by the rival Tobruk- and Tripoli-based governments in the country.