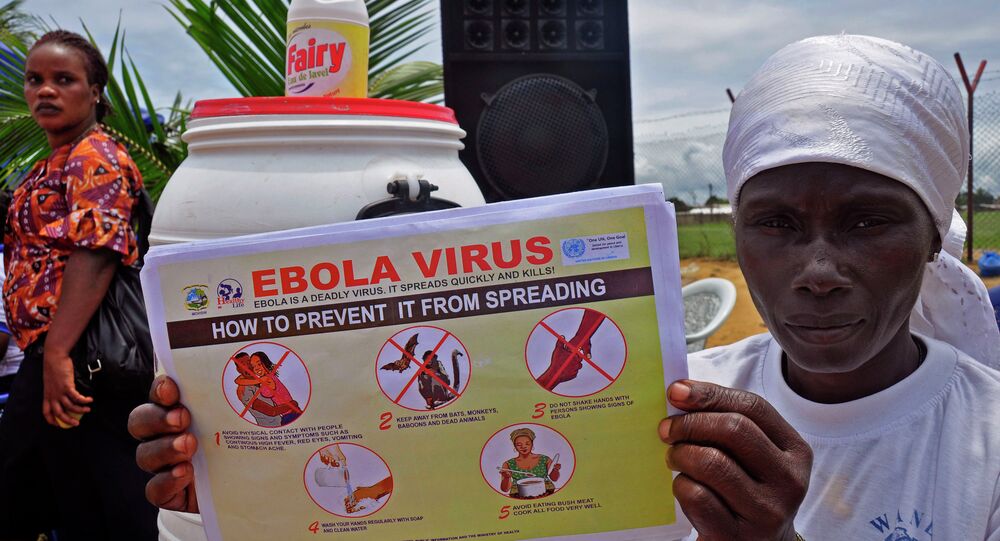 The World Health Organization (WHO) declared on Thursday the end of Ebola outbreak in Liberia.

© REUTERS / Misha Hussain
UN Expects Ebola Outbreaks in 2016
MOSCOW (Sputnik) — "Today WHO declares the end of the most recent outbreak of Ebola virus disease in Liberia and says all known chains of transmission have been stopped in West Africa," the WHO press service said in a statement.

The statement added that despite the end of the outbreak in Liberia, the disease could flare up in the region in future.

The most recent Ebola outbreak began in December 2013, spreading across Western Africa from Guinea to Liberia and Sierra Leone, killing over 11,000 people in these three countries. In December 2015, the WHO declared Guinea free of the deadly disease. Earlier in 2015, Sierra Leone was also declared free of Ebola.