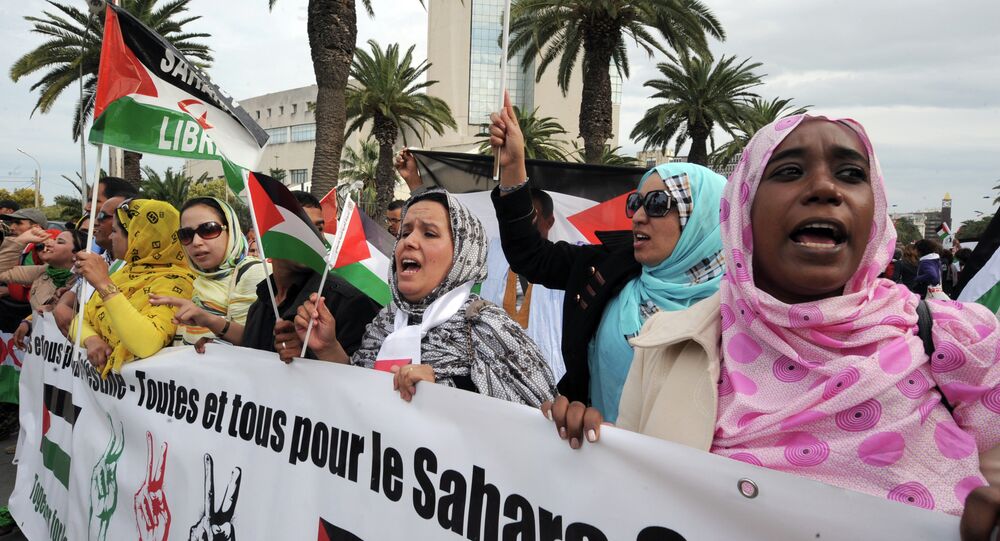 The Moroccan government confirmed the registration of the first Western Sahara human rights organization, advancing freedom of association in the country, a rights group said on Monday.

MOSCOW (Sputnik) — The Sahrawi Association of Victims of Human Rights Abuses Committed by the Moroccan State (ASVDH), based in the largest city of Western Sahara, Laayoune, first submitted registration documents in 2005 but the local Interior Ministry refused to accept the papers, despite a court ruling.

Whitson also called on Moroccan authorities to end "arbitrary and politically motivated restrictions" concerning this group and all non-governmental organizations.

© Sputnik / Alexander Yuryev
Torture Fears Grow for UAE Scholar Held in Secret - Human Rights Group
Morocco has been de facto governing the disputed territory of Western Sahara since 1975, although the rule is not recognized internationally.

According to HRW, numerous people living in Western Sahara, Sahrawis, who support self-determination and oppose the Moroccan government, have been detained on criminal charges, including several members of the ASVDH.