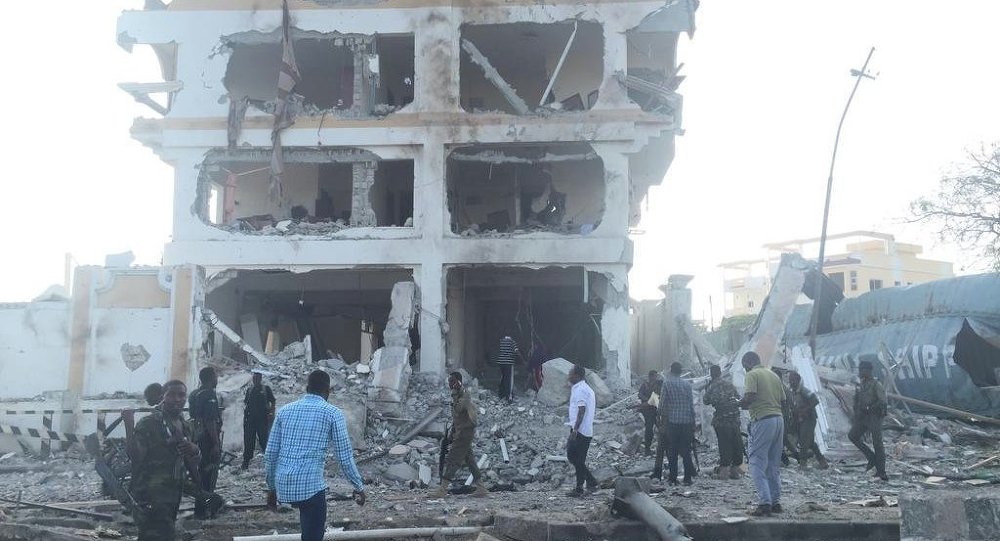 Witnesses report gunfire and explosion in the center of Mogadishu.

A large explosion occurred in the Somalian capital Mogadishu on Saturday, with early reports of at least 13 people killed and more people wounded, according to an ambulance worker at the scene.

According to witnesses, a car bomb went off outside the Jazeera hotel, a heavily guarded building which is frequently host to diplomatic missions attended by international and government officials.

A journalist was among those wounded in the attack on the hotel, where the diplomatic missions of both China and Qatar are reported to be based.

The militant group al-Shabaab is reported to have claimed responsbility for the attack, and has carried out attacks on the government and military in Mogadishu in the past.

On July 10 the militants carried out an attack on two well-known hotels in the city, using car bombs to first ram the buildings, before al-Shabaab fighters stormed into the hotels and killed at least six civilians.