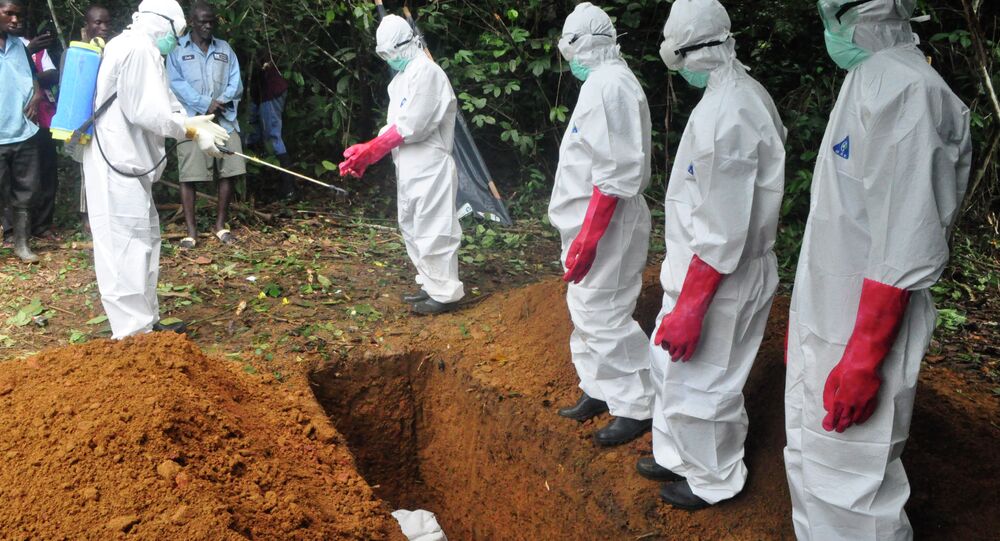 Liberian officials have confirmed the recent death of a young woman from the Ebola virus, marking the possible resurgence of the deadly disease outbreak in the country, where it’s already taken over 4,800 lives to date.

© Sputnik / Vladimir Vyatkin
Origin of a Virus: First Ebola Epidemic May Have Happened in Ancient Greece
The woman in her 20s died on July 12 shortly after she was diagnosed with the disease. She appeared to have had contact with a teenage boy who died from Ebola last month, Deputy Health Minister Tolbert Nyenswah told the Associated Press. Nyenswah added that there are three new cases of the disease at the moment – all registered in Liberia’s capital city, Monrovia.

Officials have taken immediate measures to prevent the spread of the virus, with more than 120 people under observation in the village of Nedowein, southeast of Monrovia. These people will be discharged if, after 21 days of quarantine, the symptoms of Ebola don’t show up.

"By the weekend we should be having a big ceremony to discharge and reintegrate them into the community," Nyenswah said.

The two Liberian deaths from the virus are first since May, when the number of new virus cases sharply declined. The death toll in the country now stands at more than 4,800 people.

© AFP 2020 / ZOOM DOSSO
Ebola Makes Mysterious Return in Liberia With 3 New Confirmed Cases
Experts have examined samples taken from 17-year-old Abraham Memaigar, who died in Nedowein on June 28. According to the World Health Organization, the virus is genetically similar that which spread in this area six months ago, leading to the conclusion that the two new fatalities weren’t infected in Guinea or Sierra Leone, where the disease persists, or from an infected animal.

Russia's Ebola Vaccine Research to be Released in August