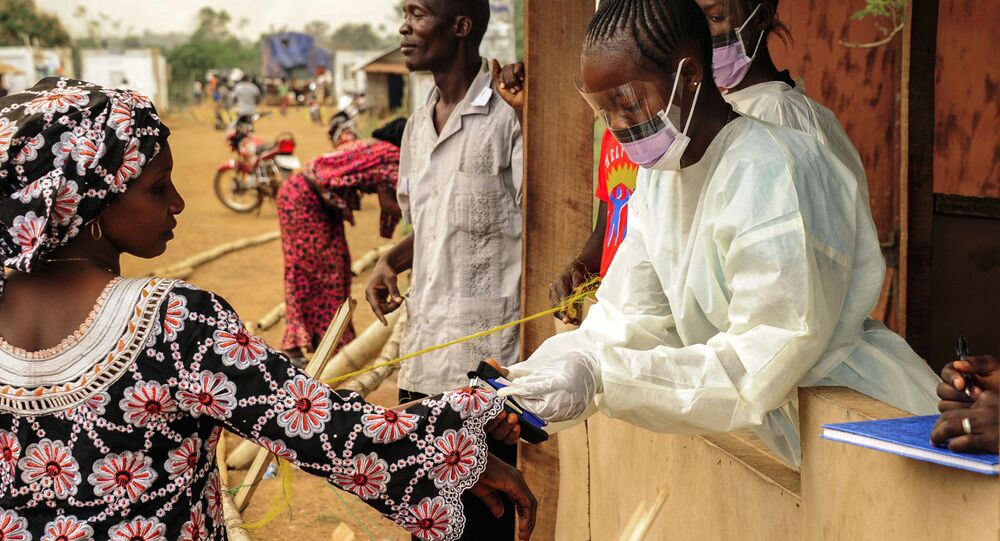 The death toll from Ebola in Liberia is on the rise once again, after the World Health Organization declared the West African country free of the virus on May 9.

© Sputnik / Vladimir Vyatkin
Origin of a Virus: First Ebola Epidemic May Have Happened in Ancient Greece
Liberia is seeing an unexpected rebound of the deadly Ebola virus, after locals in the village of Nedowein said neighbors had eaten contaminated dog meat, commonly consumed in the country. Three men known to have dug up a dead dog and shared the meal tested positive for the virus.

The country's Ebola task force team confirmed that investigations into the possibility that animals could be carrying the disease have resumed, following a significant number of cattle deaths in remote Lofa County.

Liberia has accounted for more than 4,800 deaths out of 11,220 total in the West African outbreak, which began in 2014, though the country was believed to have been more successful in eradicating Ebola than neighboring  Sierra Leone and Guinea, which were still reporting new cases in May.

1 / 7
© AP Photo / Abbas Dulleh
Relatives weep as they bury a loved one suspected of dying from the Ebola virus at a new graveyard on the outskirts of Monrovia, Liberia, March 11, 2015

The first new Liberian Ebola suffered was 17-year-old Abraham Memaigar, who died in Nedowein on Sunday.

"We have, as of yesterday, three confirmed cases, one expired, who was the 17-year-old boy… The two live cases are 24 years old and 27 years old. They are stable," said Deputy Health Minister Tolbert Nyenswah on Thursday.

© Fotolia / motorlka
Russia Could Have Ebola Vaccine by End of Summer - Deputy PM
None of the three victims are known to have traveled to hotspots Sierra Leone or Guinea.

Liberian President Ellen Johnson Sirleaf encouraged the task force group working in the region "not to panic," while Deputy Health Minister Tolbert Nyenswah confirmed health officials were monitoring 175 people believed to have come in contact with the three new cases.

"There is no further spread of the virus to any part of the country as we speak," he said.

However, Nedowein residents have voiced concerns about the virus outbreak, with Memaigar's uncle asking "How could Ebola jump over those places and come here in Nedowein?"