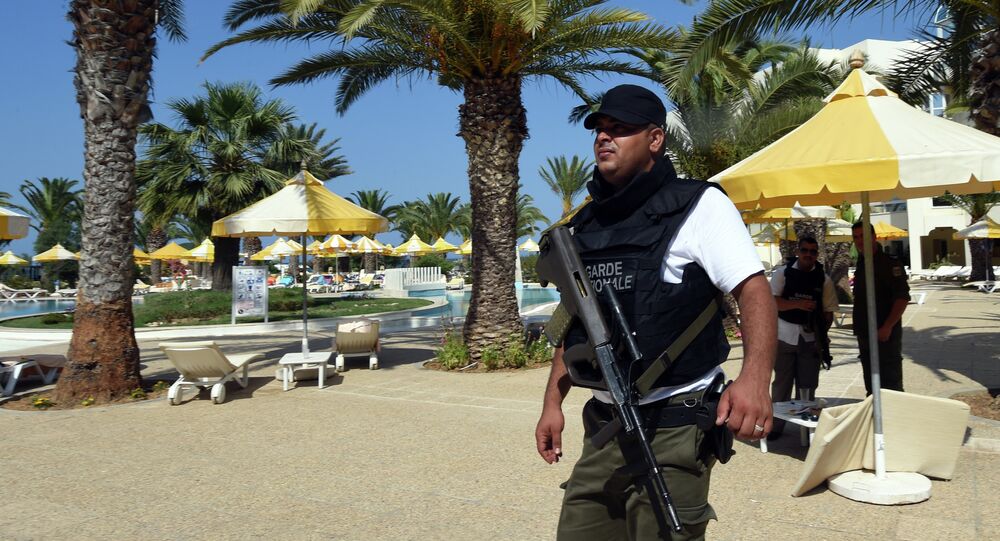 The attack on Tunisia's tourist resort leaves many people uneasy as the country's tourist sector was beginning to recover after the 2011 revolution, despite threats from groups such as ISIL, a local journalist told Sputnik.

The attack, which killed 30 people and injured dozens, occurred at Tunisia's most popular resort as the country's tourist sector was just beginning to recover from an earlier massacre, local journalist Christine Petre told Sputnik.

"It happened in Sousse, the most popular tourist destination in Tunisia. And many hotels have their private beaches, but it is a bit unclear now – seems that there have been a few perpetrators attacking a couple of hotels and later there was an attack on the beach," local journalist Christine Petre told Sputnik.

© REUTERS / Amine Ben Aziza
ISIL Claims Credit for Tunisia Hotel Massacre That Left 39 Dead, Mostly Tourists
Petre added that the tourist sector, very important for Tunisia's economy, began improving in the past few months. Even though the Bardo Museum attack which took place in March killed 20 tourists, many still said that they would visit the country on social media.

"People aren’t talking about it on the streets; it is Ramadan here, so it is fairly quiet. This is something that people feared would happen, because there have been threats from IS, here in Tunisia that something would be happening during the summer, during Ramadan against tourists. Many people believe that their biggest fear came true. Now people are concerned that this will hit on the already much troubled tourist sector," Petre said.

According to local police, victims of the attack include five tourists from Germany, four from the UK, and three from France. According to the ministry spokesman, one of the unidentified shooters was killed by security forces, and the other was captured.

Thousands Rally Against Terrorism in Tunis After Bardo Museum Attack