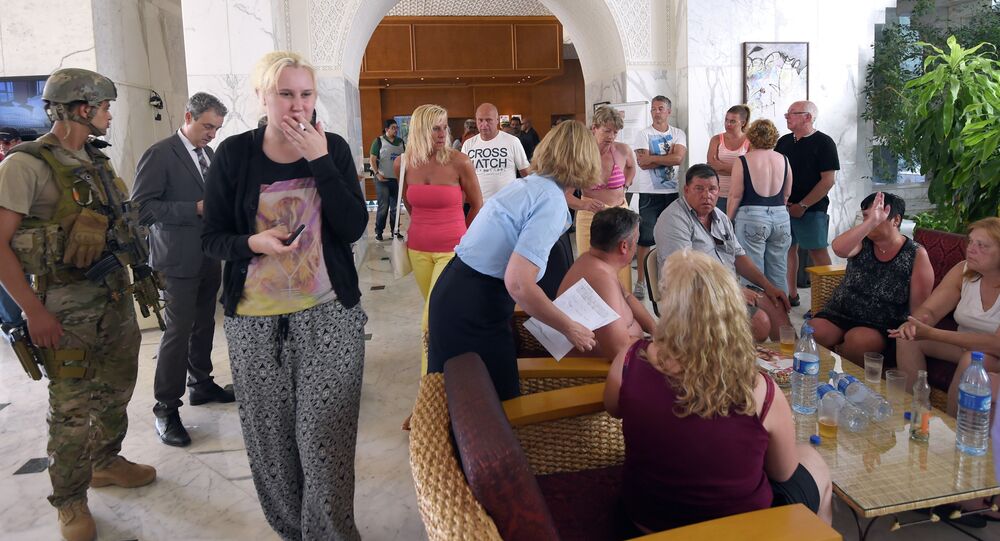 According to Russian Embassy in Tunisia, there are no Russian nationals among the victims of Friday's attack on a Sousse beach resort.

© REUTERS / Amine Ben Aziza
ISIL Claims Credit for Tunisia Hotel Massacre That Left 39 Dead, Mostly Tourists
CAIRO (Sputnik) – There are no Russian nationals among the victims of Friday's attack on a Sousse beach resort, the Russian Embassy in Tunisia said.

Earlier in the day, two unidentified gunmen opened fire on a hotel in the Tunisian resort town of Sousse. At least 30 people have been killed in the attack, according to the most recent Interior Ministry data.

"As of 16:00 local time, there is no information about Russian citizens being among those killed and injured, but we have not checked all the hospitals yet and continue to work," an embassy spokesperson told RIA Novosti.

He added that, according to travel agencies, there were no Russian citizens in the hotel.

Citizens of Britain, Belgium, Germany and Ukraine are among the victims of the attack, according to local medics and officials.