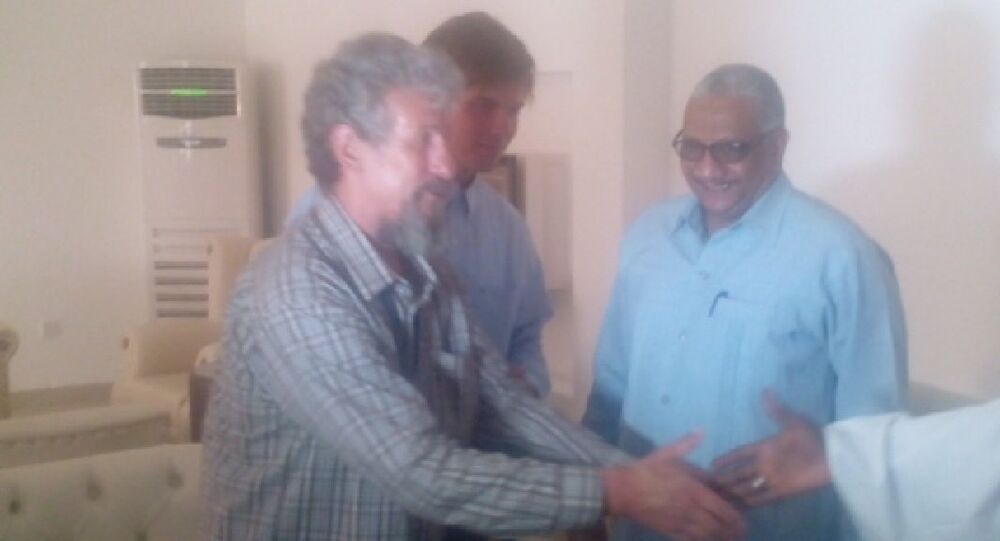 Earlier in the day, the Russian Foreign Ministry confirmed that two Russian nationals, abducted in western Sudan on January 29, have been freed.

KHARTOUM (Sputnik) — The efforts on the release of the Russian citizens kidnapped in Sudan's Central Darfur province involved the contacts on the level of the countries’ foreign ministers, Russia's Ambassador to Sudan Mirgayas Shirinsky said Saturday.

© Sputnik
Two Russians Kidnapped in Sudan's Darfur Freed
“Joint work on the release of the Russian citizens was in the center of Russia-Sudan contacts on all political and diplomatic levels. In particular, Russian Foreign Minister Sergei Lavrov and his Sudanese counterpart Ali Karti carried on correspondence within its framework,” the Russian ambassador said at a press conference in Sudan’s capital.

East News/Xinhua / eyevine
Sudan Rejects Ransom Claims From Kidnappers of Russian Citizens in Darfur
The diplomat confirmed that the abductees were released following negotiations, without the use of force or the payment of ransom.

The two, a manager and a technician, were employed by the Russian UTair airline and contracted by the African Union-UN peacekeeping mission (UNAMID) before taken hostage by a group of unidentified assailants in Sudan's Darfur region in late January.

Following their kidnapping, Russia and Sudan collaborated on a rescue mission to secure the release of the hostages.

Negotiations for Release of 2 Russian Citizens Abducted in Sudan Continuing